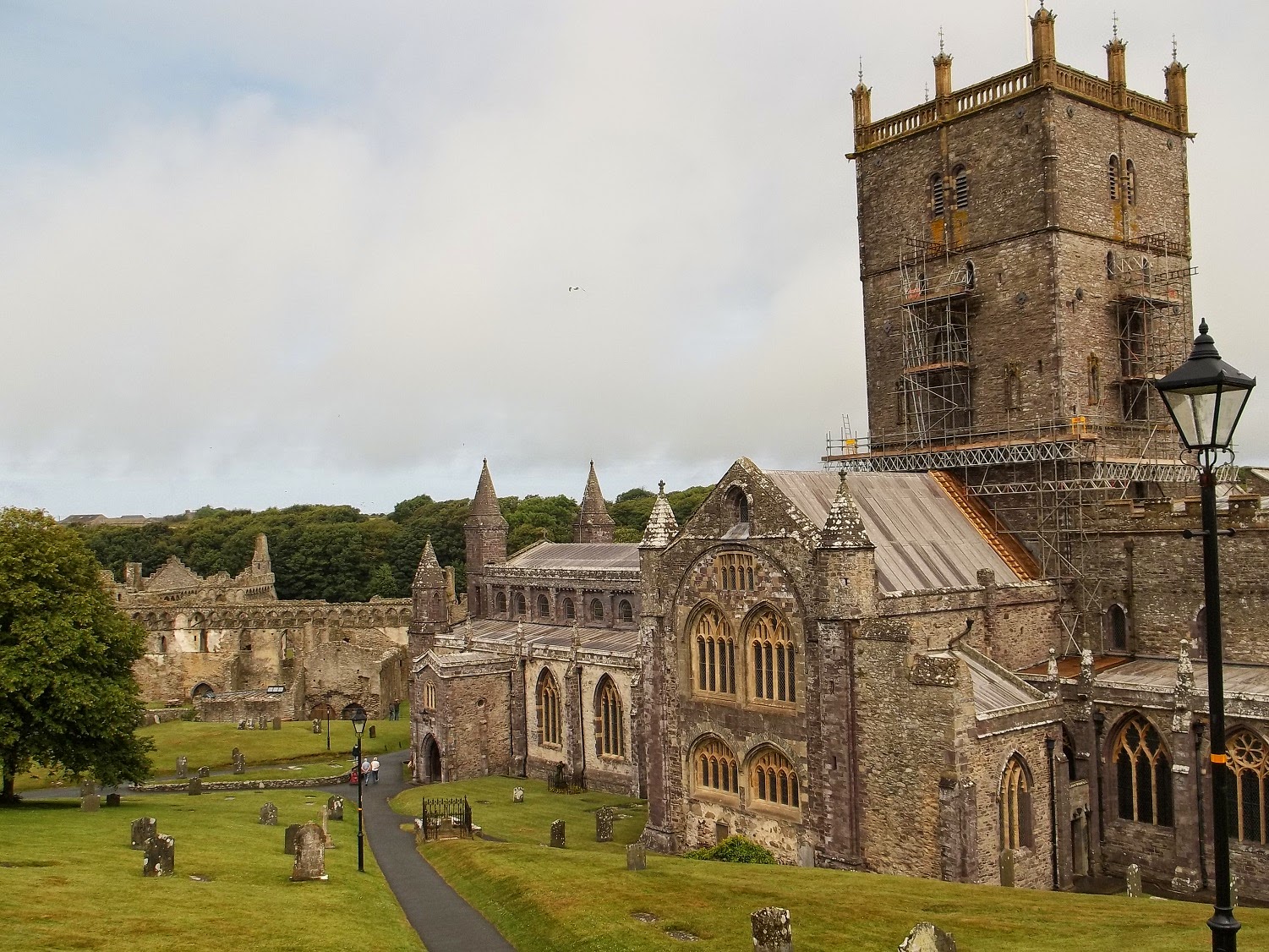 To help mark the occasion, I thought I'd write a blog on the patron saint of Wales, using some pictures taken during my jaunt to Pembrokeshire back last summer (yes, believe it or not, these pictures were taken in early July 2014. It just looks so miserable though!) 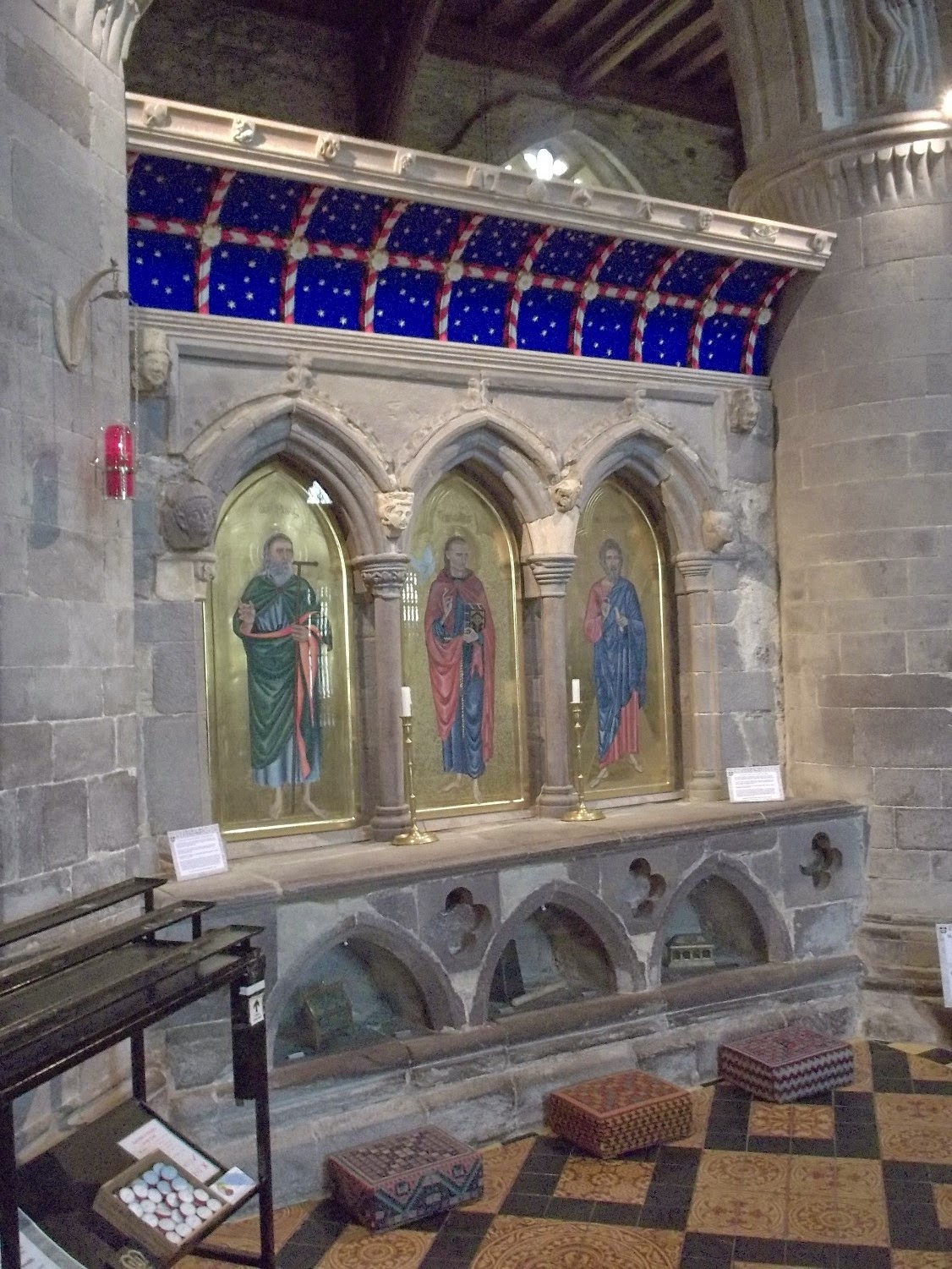 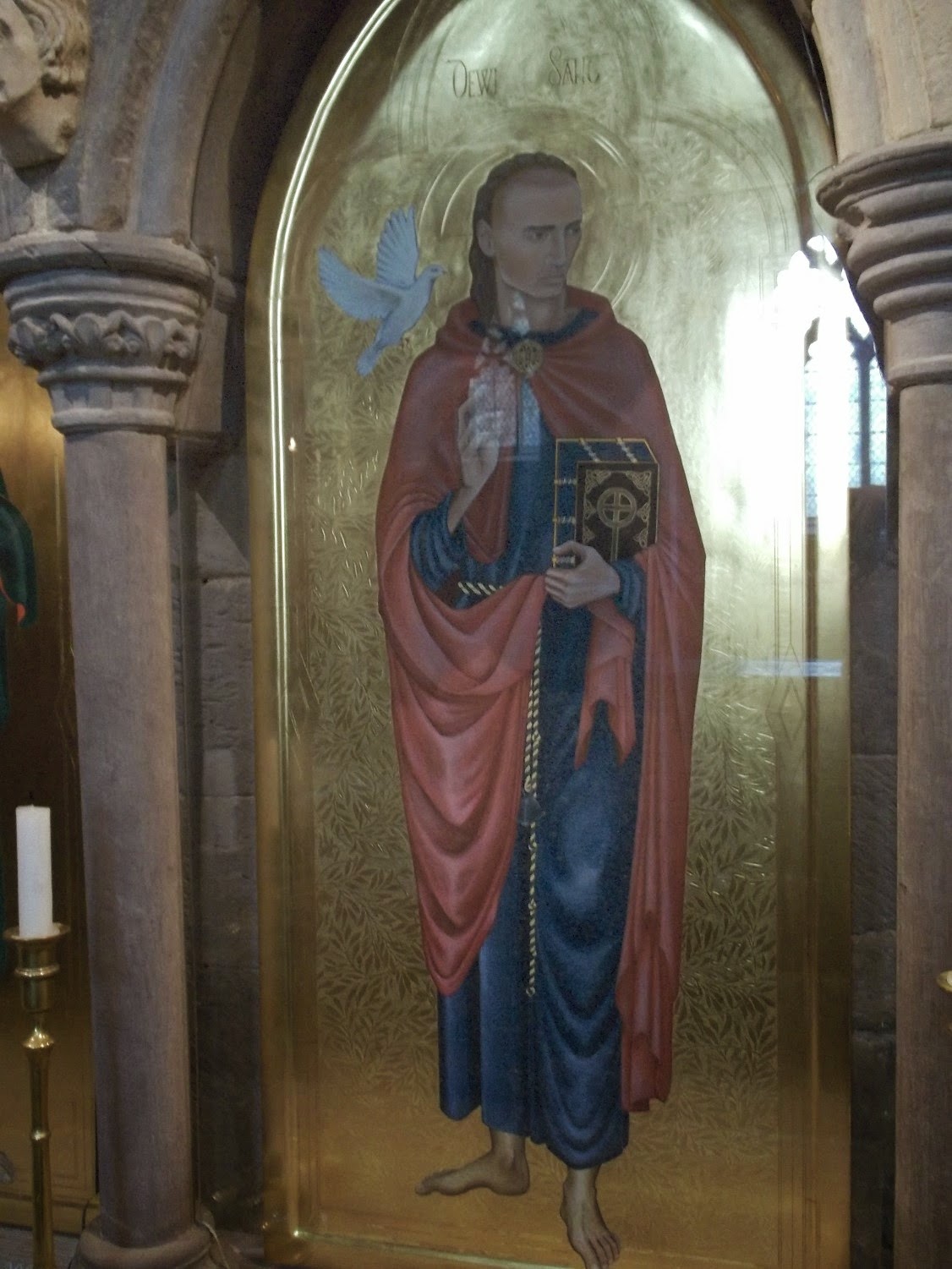 St David lived during the sixth century, the fabled age of saints, and spent a large amount of time founding monasteries around Wales and Brittany. The famous miracle of the creation of a hillock is attributed to him, where the ground raised up in order for him to address those who had flocked to hear him. He died on 1 March, possibly in 589AD, with an exhortation to his followers to "do the little things you have seen me do", which has become something of a motto in Wales. 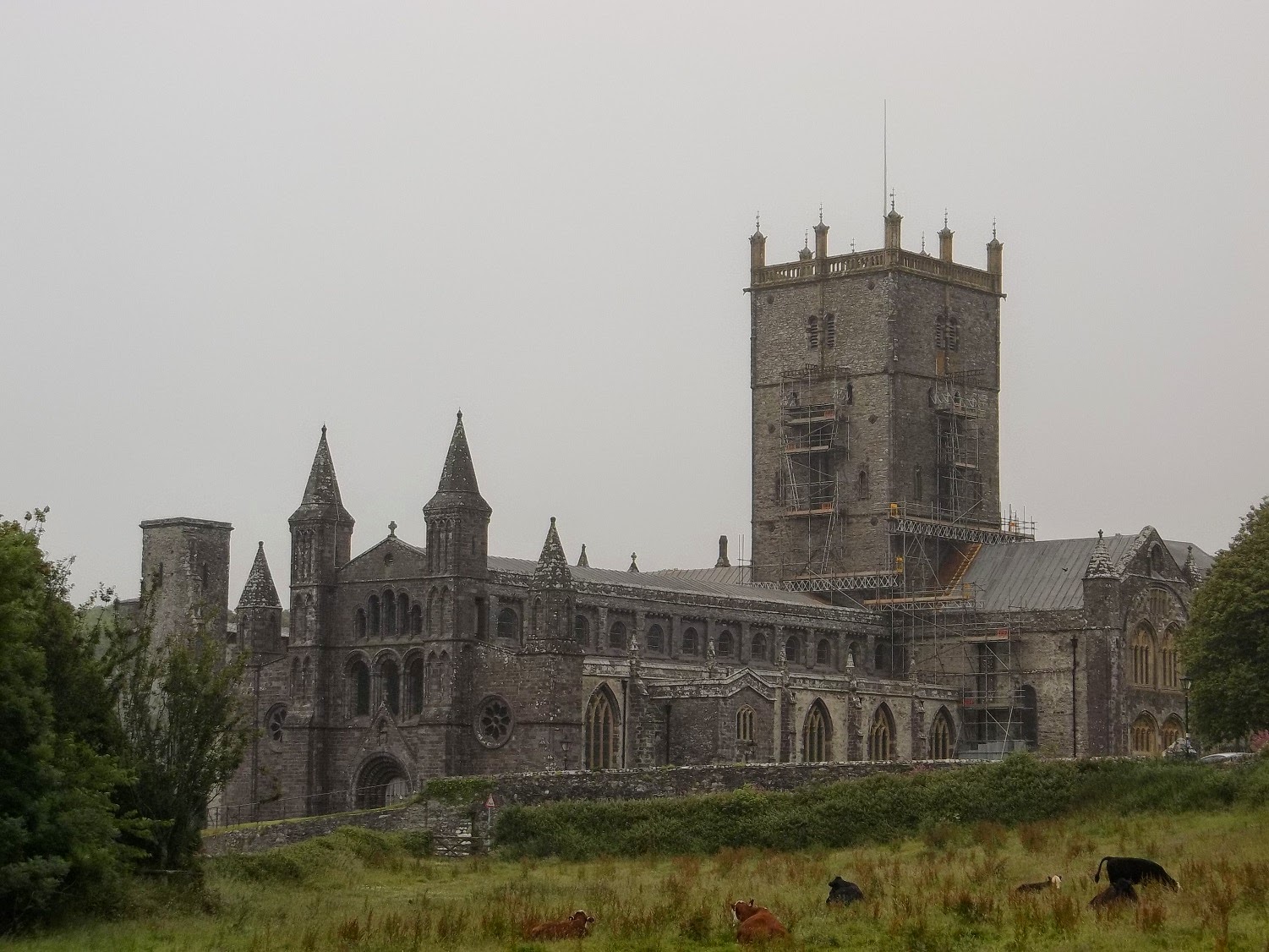 St Davids, on the western tip of Pembrokeshire, had long been renowned as a place of learning, and a great pilgrimage centre. William the Conqueror arrived here in 1081, reinforcing its significance as a holy place. In 1120, Pope Callixtus II beatified David, which really cemented its place in the religious life of the country - two pilgrimages to St Davids, it was said, were equal to one to Rome. 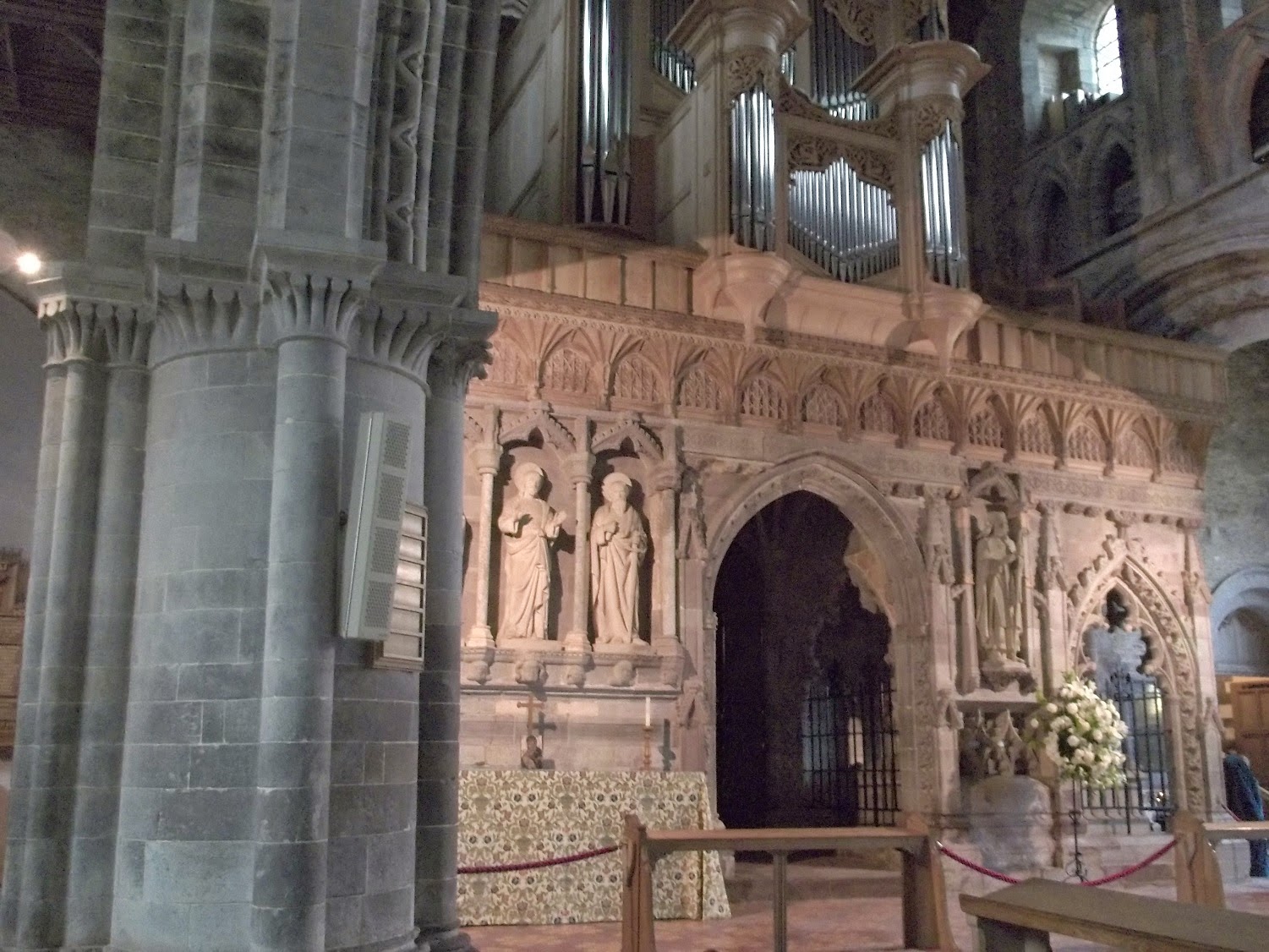 The present cathedral was begun in 1181, after much had been done to improve the religious community here. In the early thirteenth century, Gerald of Wales became famous for his continual efforts to become Bishop of St Davids, largely due to the nationalist feeling being whipped up by Llywelyn the Great. King John, in his efforts to gain control over Wales, blocked Gerald's election whenever he could. Today, there is a statue of Gerald in the cathedral, the bishop's mitre sadly by his feet... 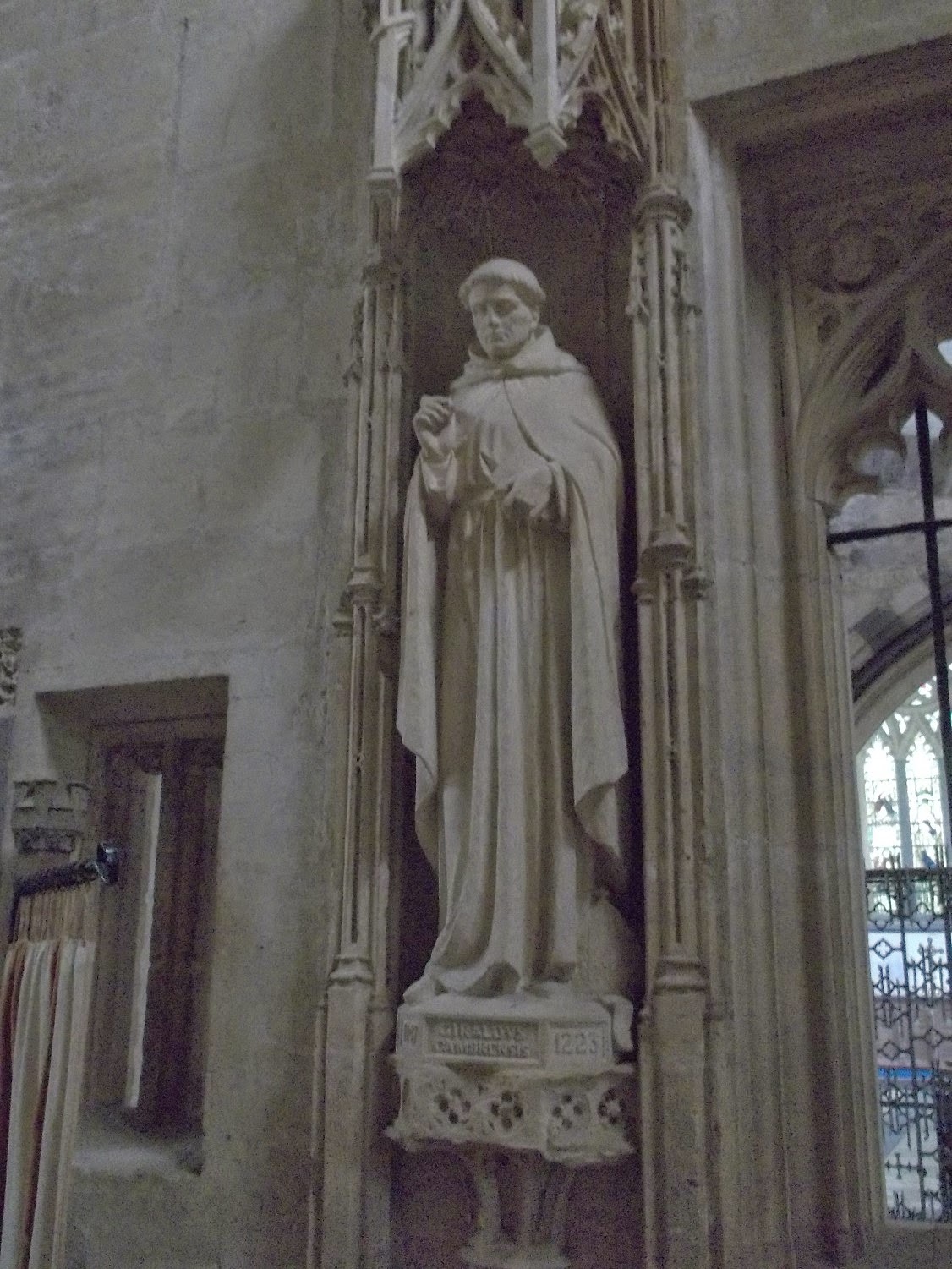 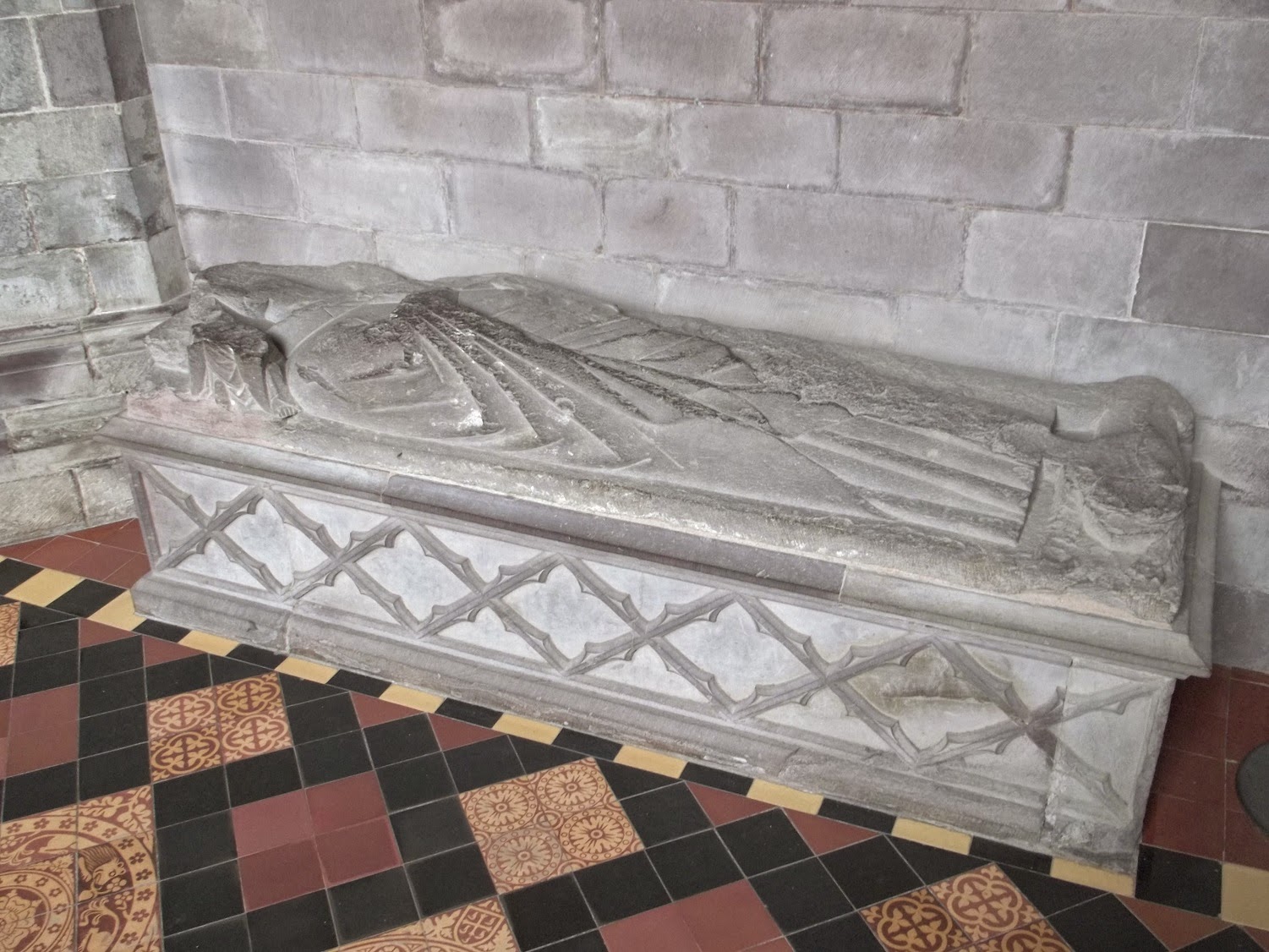 In the fourteenth century, Bishop Henry de Gower began an ambitious building programme in St Davids, bringing the city in line with the great cathedral-cities of England. Among his work is the construction of the Bishop's Palace opposite the west end. 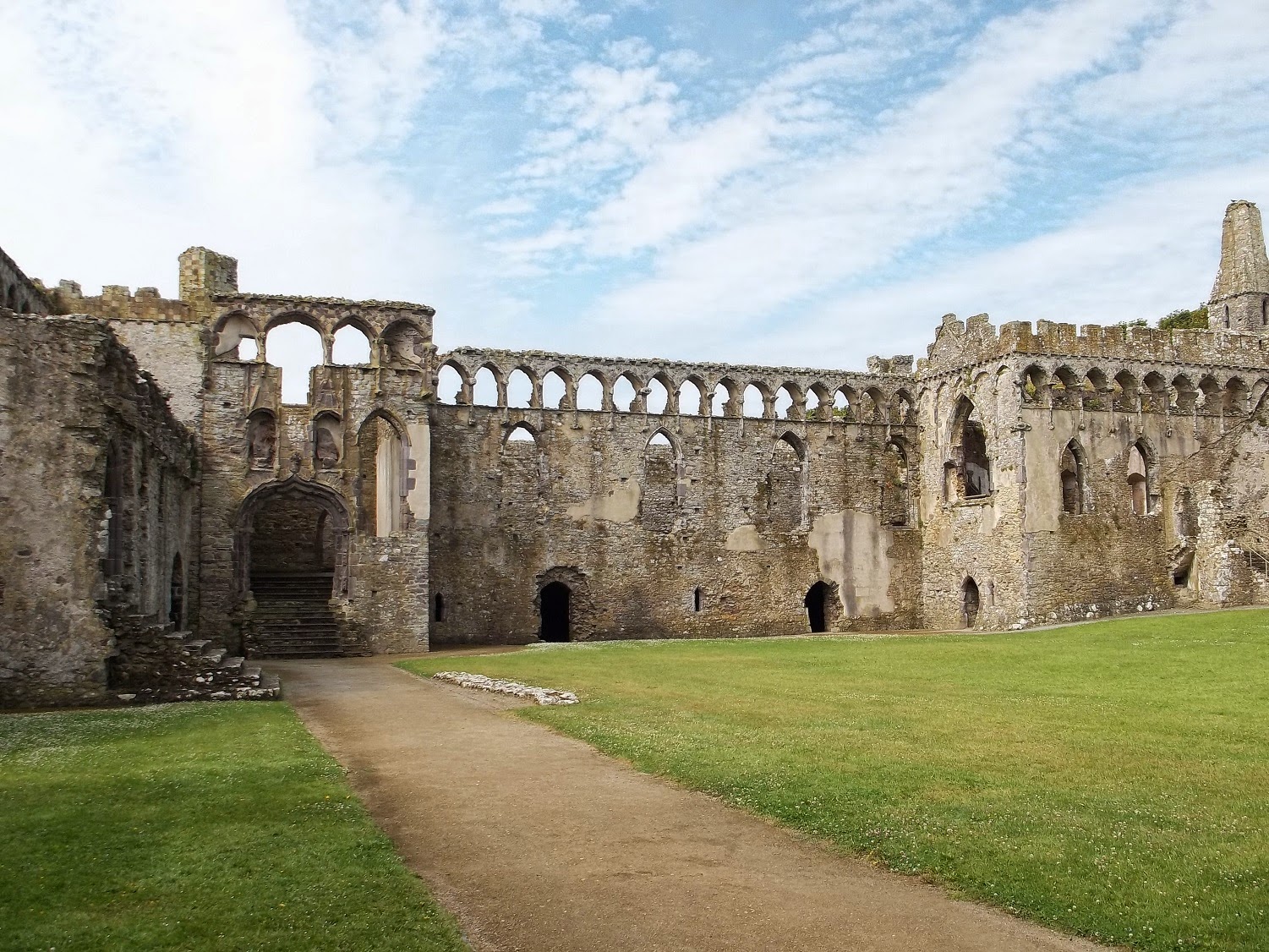 I love these sorts of buildings. Castles are great, and cathedrals and abbeys are stupendous, but palaces were purely domestic buildings, and have so much of interest when you look at how medieval life was really lived. Yes, they are more indicative of the lives of the ruling elite than the ordinary people, but they're pretty much all we have from a time when most houses were timber at best. And you know what? So much scholarship has been done in the last few decades over lives of the common people, I think it's about time we celebrated those lives of the upper crust once again! 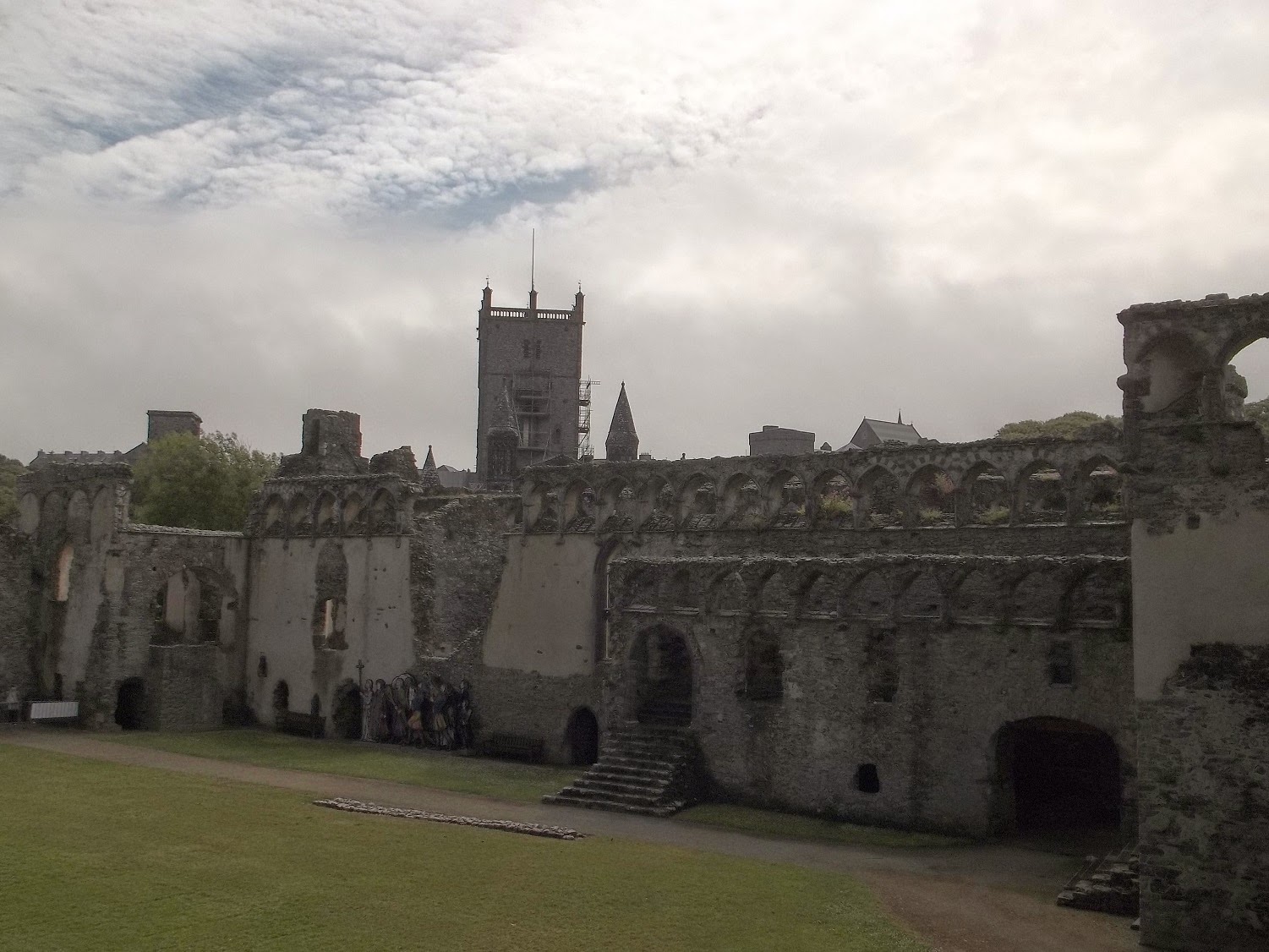 The Bishop's Palace was really the product of the fourteenth century building programme of Henry de Gower, although a lot of work had been undertaken in the late thirteenth century by Thomas Bek, largely following a grant from Edward I. Bek had been the keeper of the king's wardrobe before being endowed with the bishopric, forming a close relationship with the king. 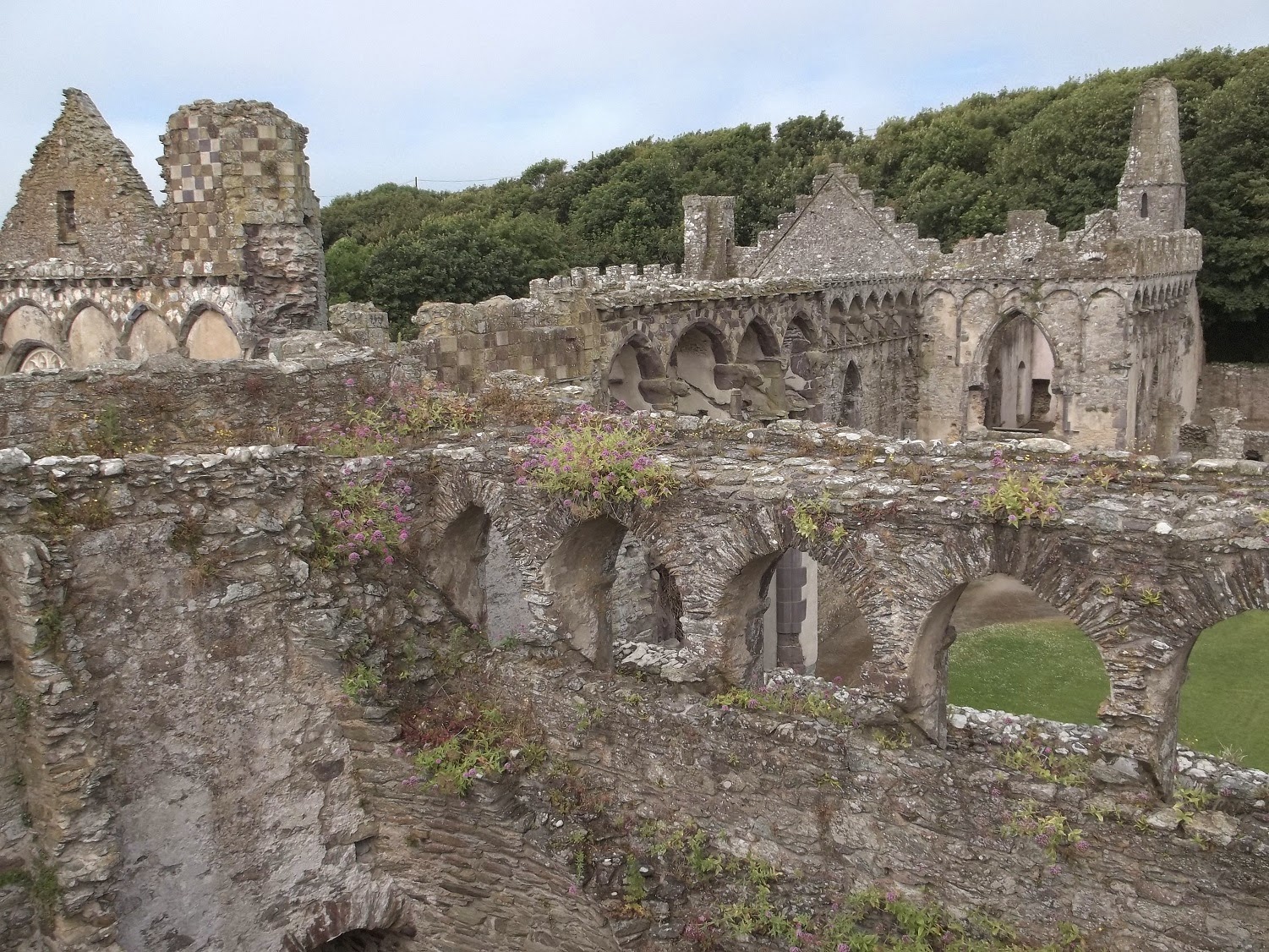 I absolutely loved exploring this building! The domesticity was an abiding factor, as I have already said; seeing where people entertained, where the food was cooked or stored, where people slept... it's a much more fascinating insight into the period than we can get from castles and the like today... 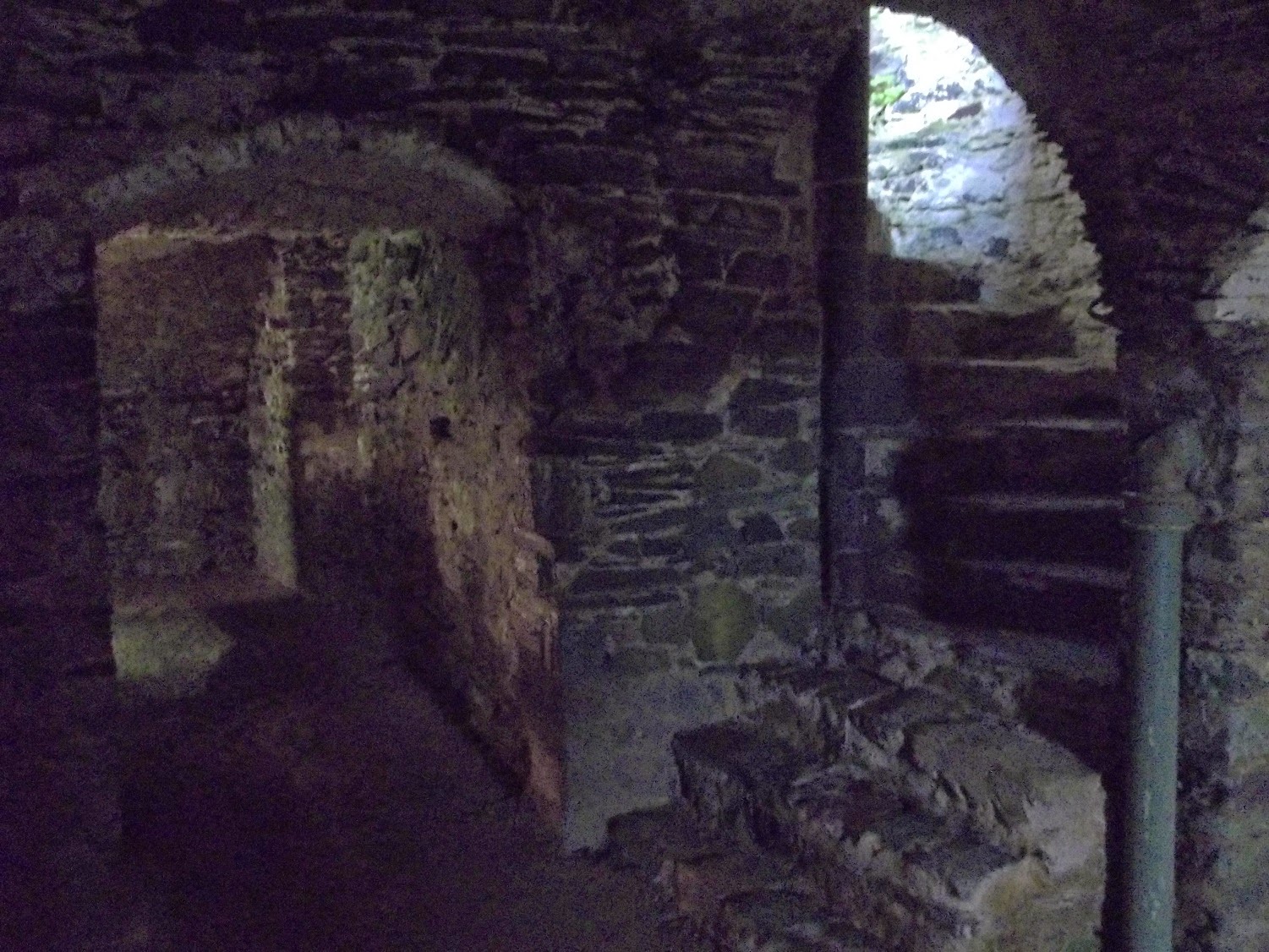 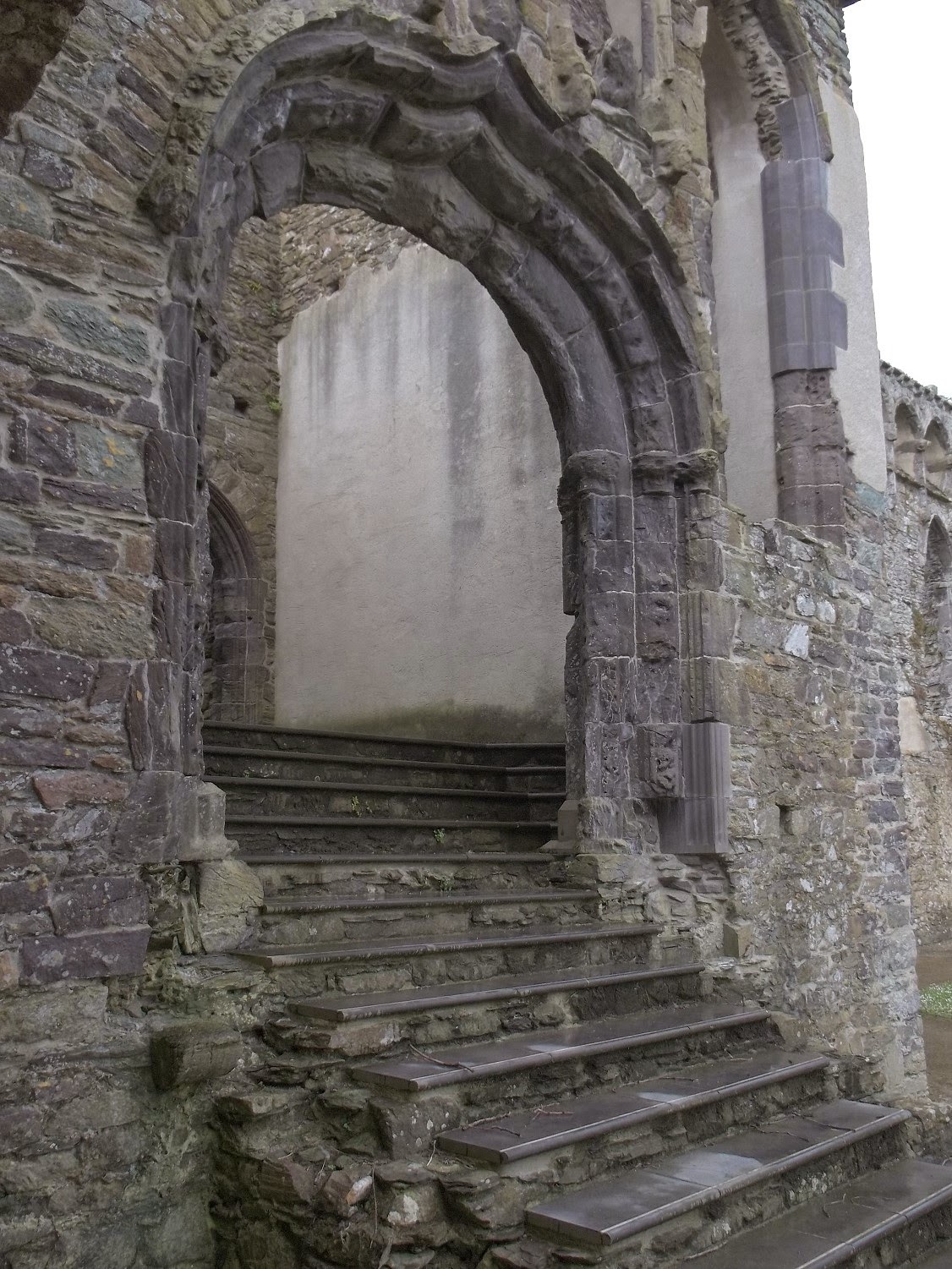 So yeah! Following the Reformation, St Davids was one of the new Protestant cathedrals of the realm. In the sixteenth century, an effort was made to remove the episcopal seat from St Davids to Carmarthen, for a more central location of the See, though this came to nothing. However, the Bishop's Palace suffered as a result by being stripped of much of its adornments. 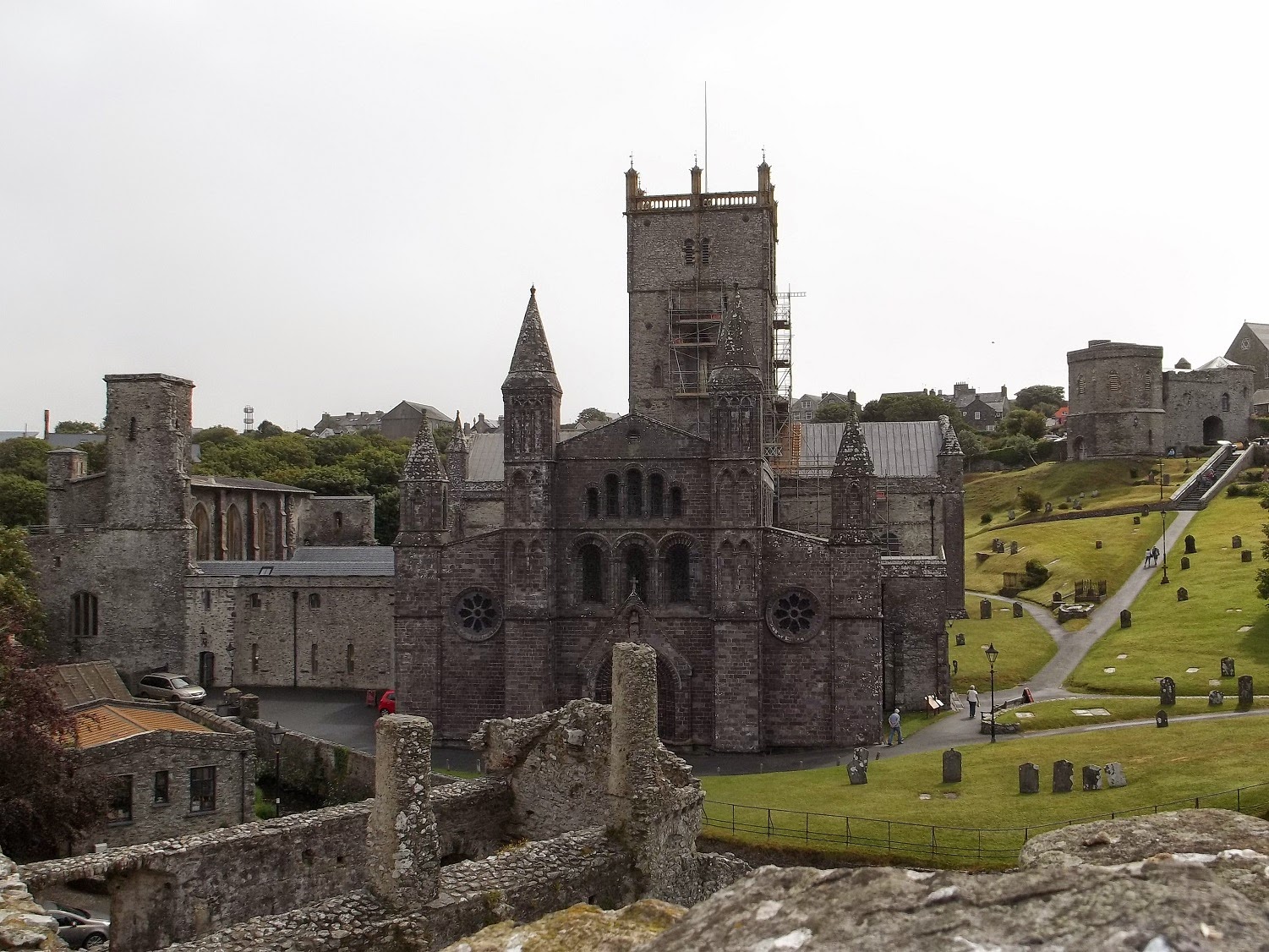 For a long time, however, the Bishops of St Davids had been staying here less frequently. St Davids is, after all, at the end of a very long road from the centre of the royal court, and bishops were important functionaries therein. The fifteenth century had seen a steady decline in favour of nearby Lamphey, when the bishop came to the See at all. 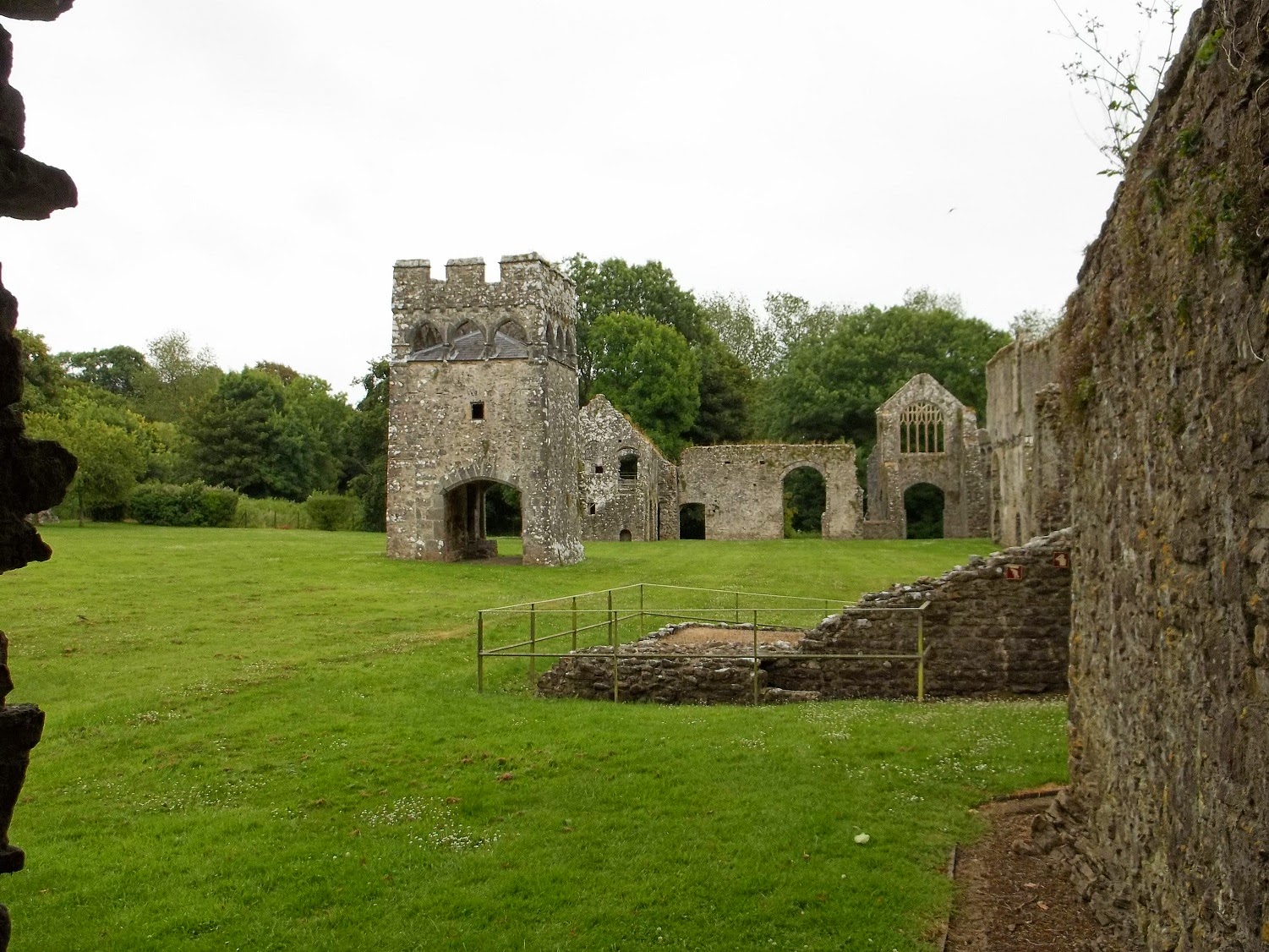 Lamphey is much closer to the Norman castle at Pembroke, and so would perhaps make for a more convenient residence when the bishop was in the area. A manor is known to have been here in Gerald's time, but the present palace owes much to the building of Thomas Bek, with Henry de Gower seeming only to have renovated and updated. 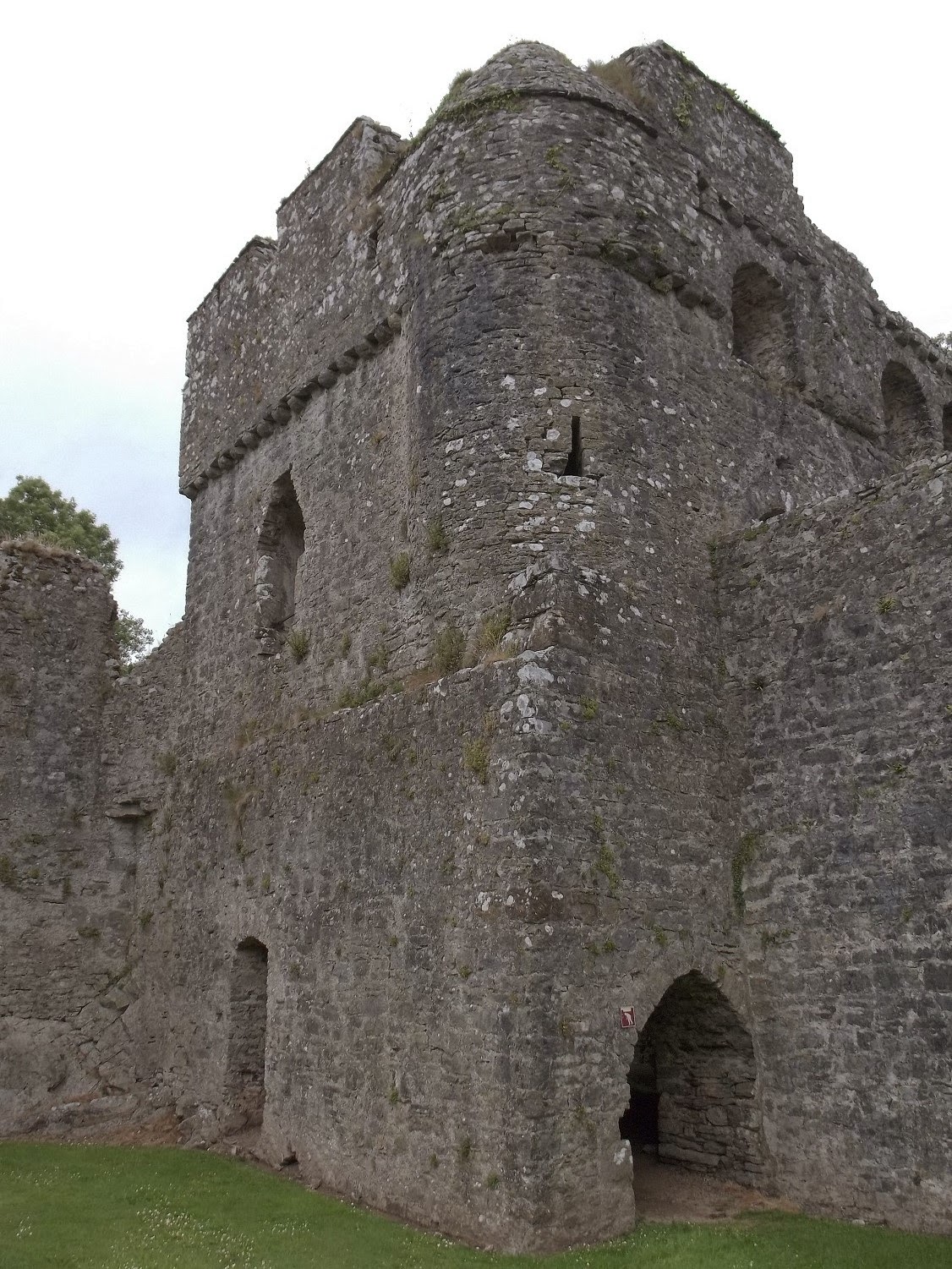 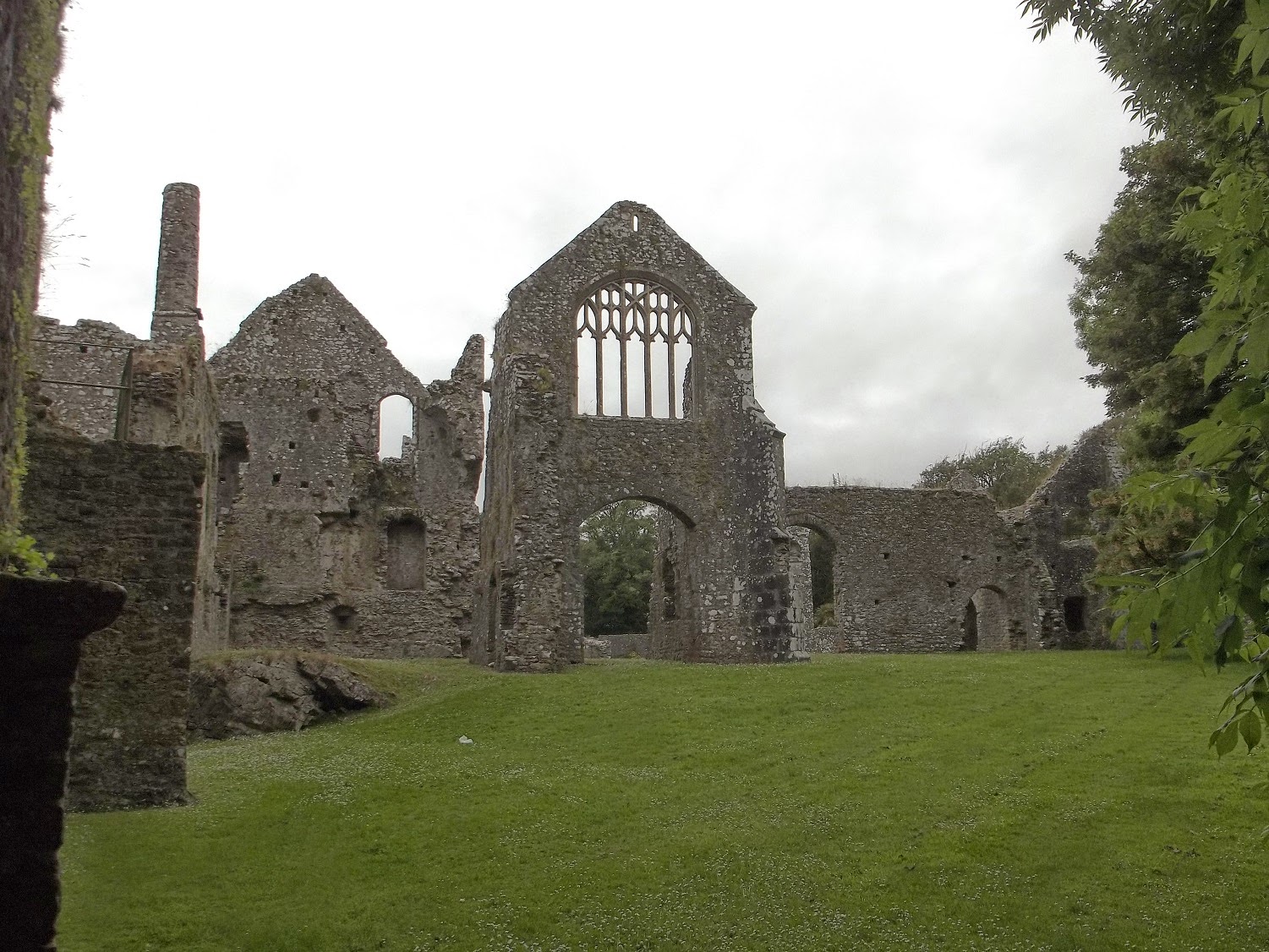 I really enjoyed Lamphey, too. It was a really miserable day when I visited, and I got soaked through by the time I'd finished exploring, but there's that irresistible allure of domesticity that I so enjoyed at St Davids. The palace here is set over a large area that would have been bustling with life as the bishop took up residence, with provisions laid out in the outer court ready for the feasting and entertainment of the halls of the inner court. 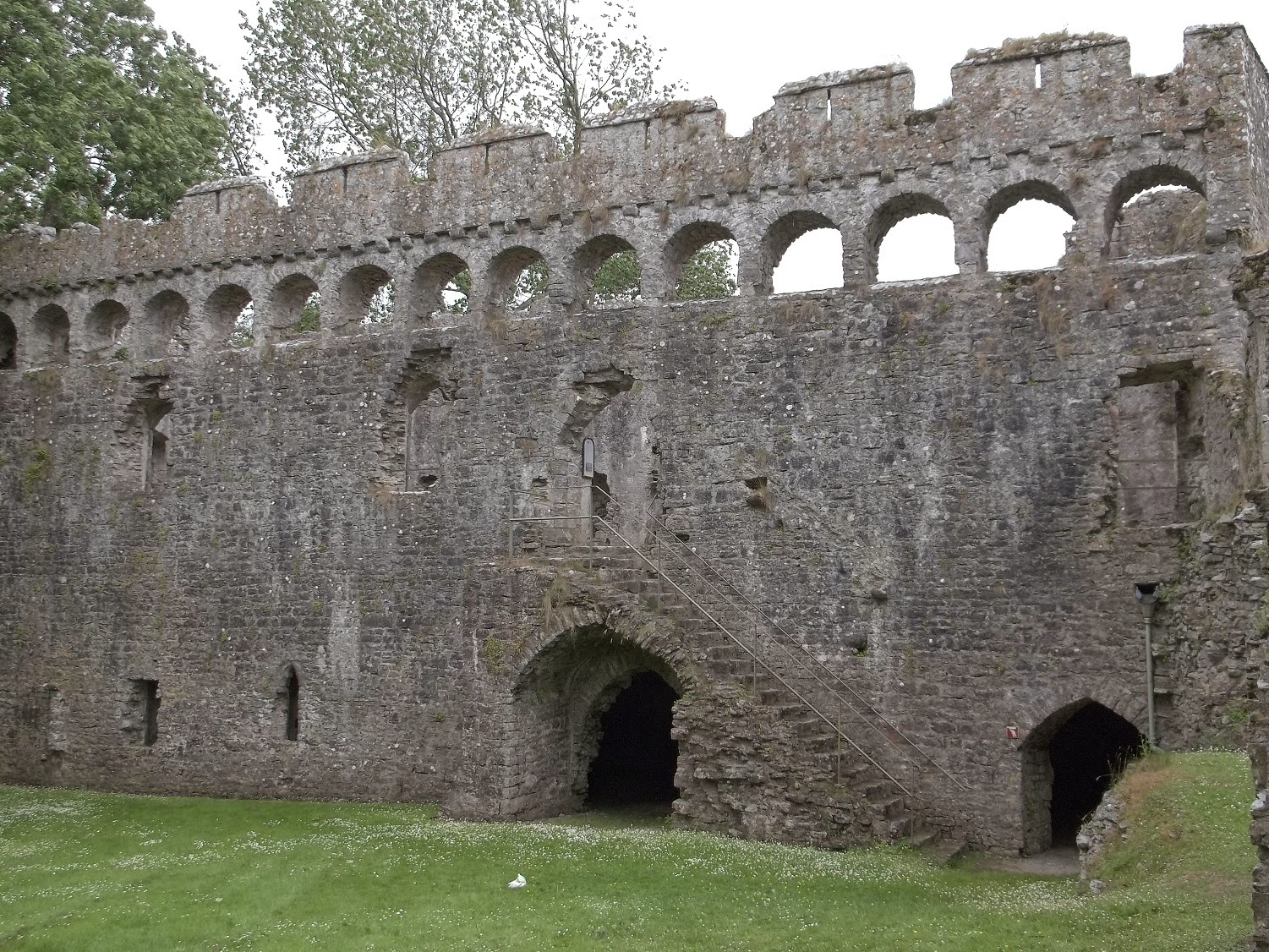 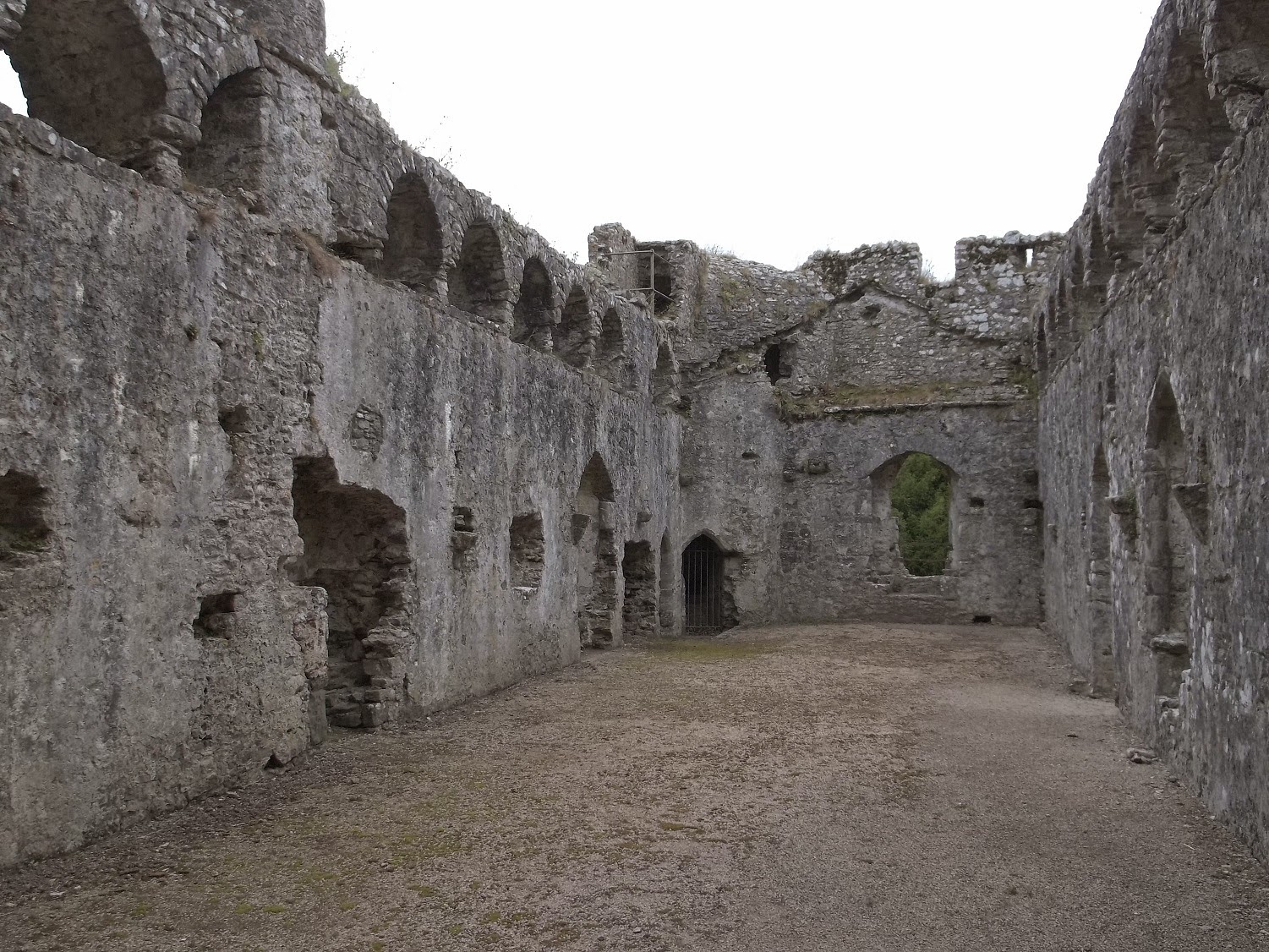 One such hall was indeed built by de Gower, and bears his name still. The arcaded parapet is almost like his calling card, seen also in the palace at St Davids. It is also believed to have influenced the renovation work at Swansea Castle, Henry having close ties with the city. 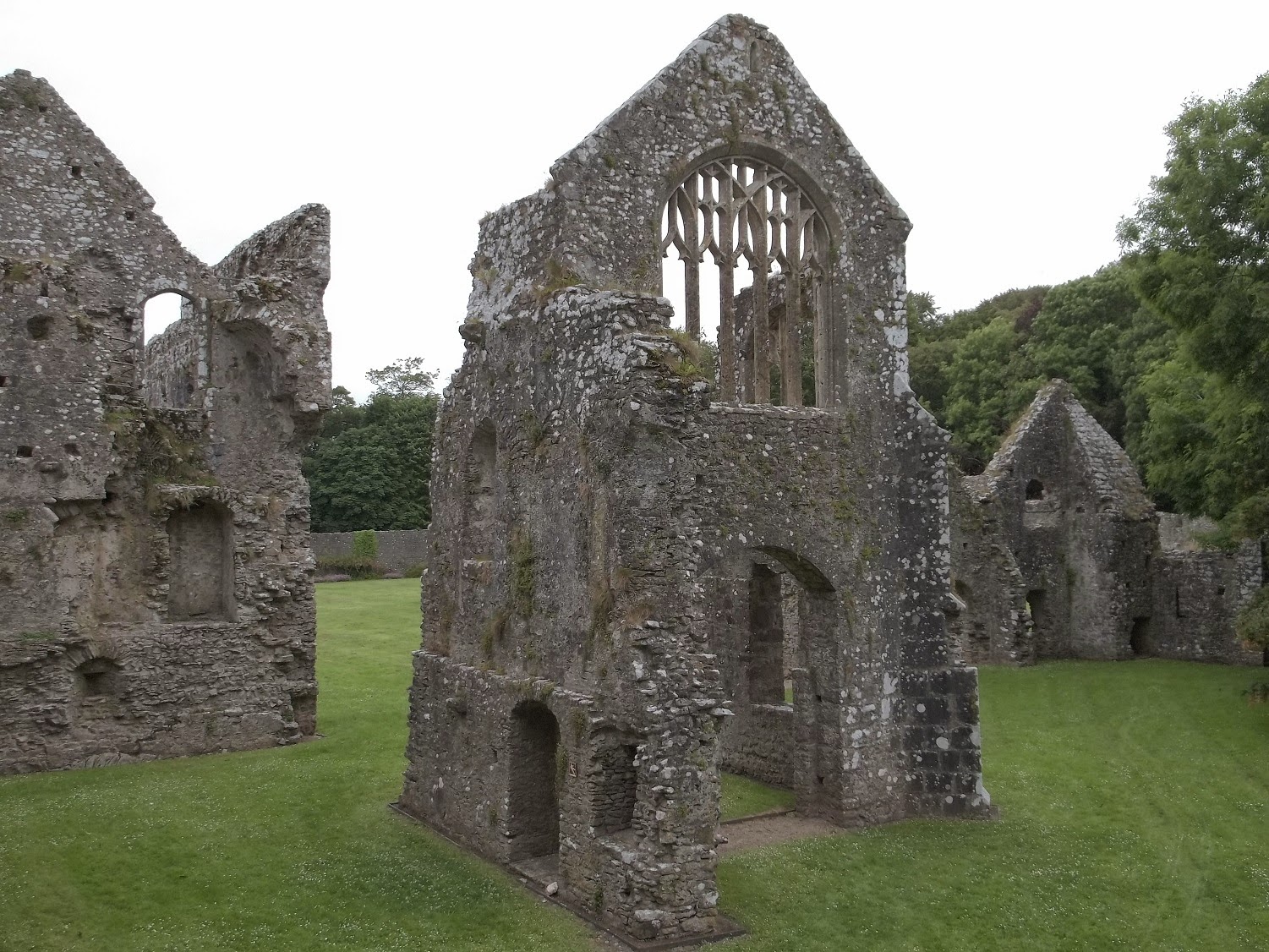 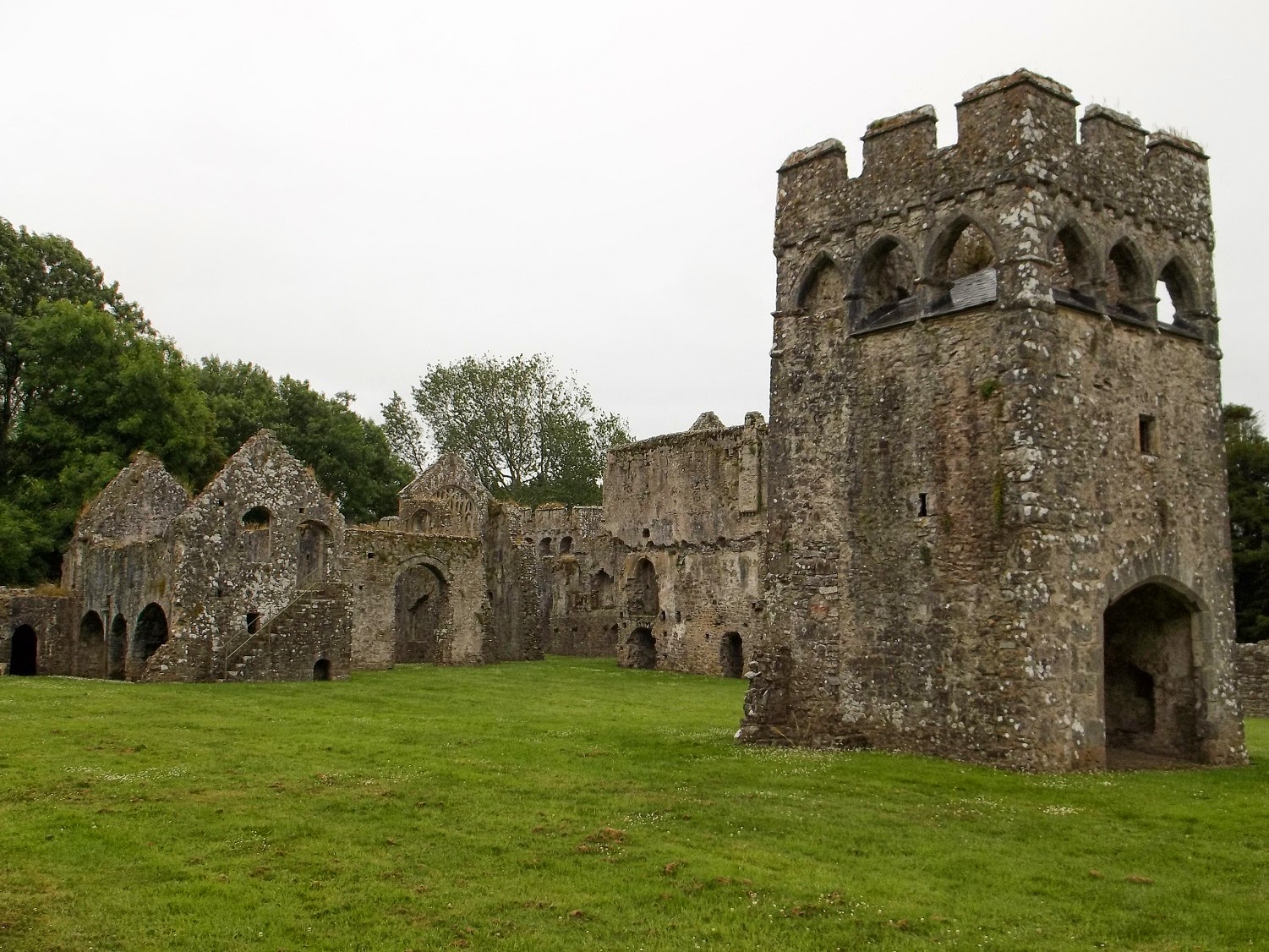 The palace was sold into private hands following the Reformation, entering the Devereux family (later earls of Essex). Decline followed the Civil War, when it was converted into farm buildings. After a period as a curiosity for the nearby Lamphey Hall, the ruins we see today were eventually given to the state. It's quite sad to think of how it has fallen from such a position of power! 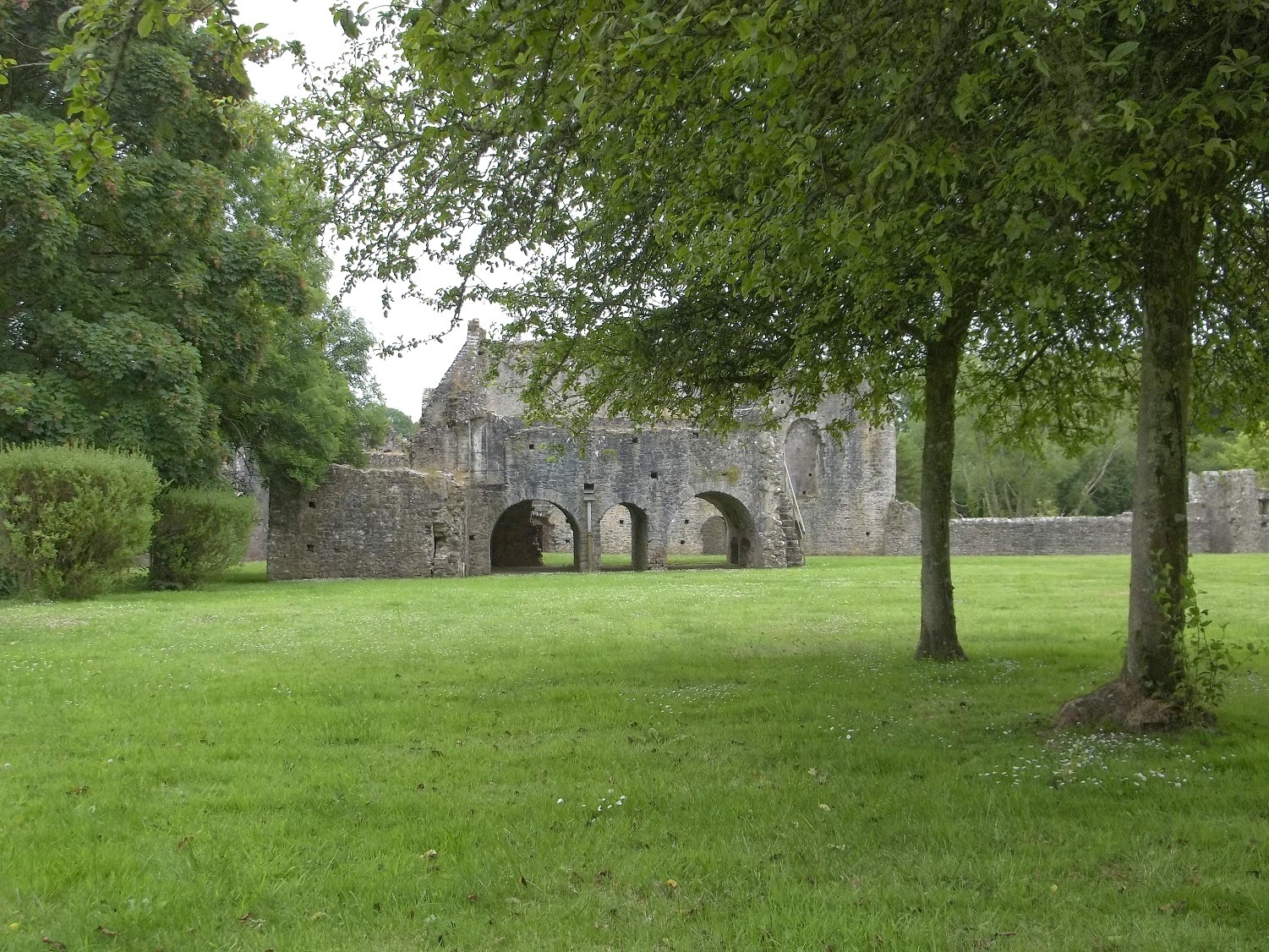 Not far from Lamphey is Llawhaden Castle, which also formed part of the bishop's estates, though with perhaps a more colourful history. 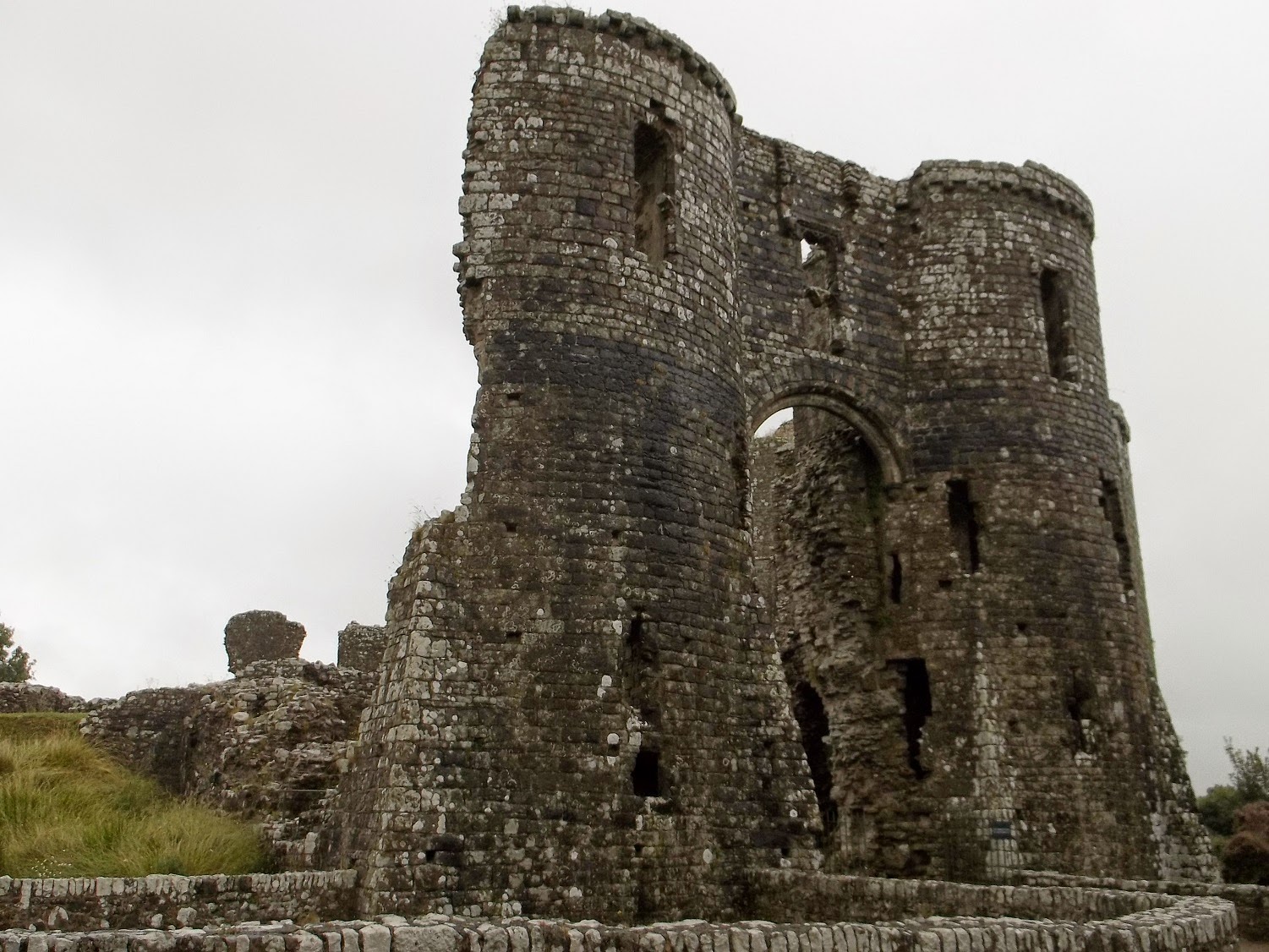 The castle was originally a frontier post on the landsker, the border between Norman Wales and native Wales. For a time, it was held by Lord Rhys of Deheubarth, who is incidentally buried in St Davids, before it was taken by the Normans and, in 1281, became something of a special project for Thomas Bek. Bek made the town the richest within the See, though it wasn't until Adam de Houghton in the late fourteenth century that the castle itself was renovated. 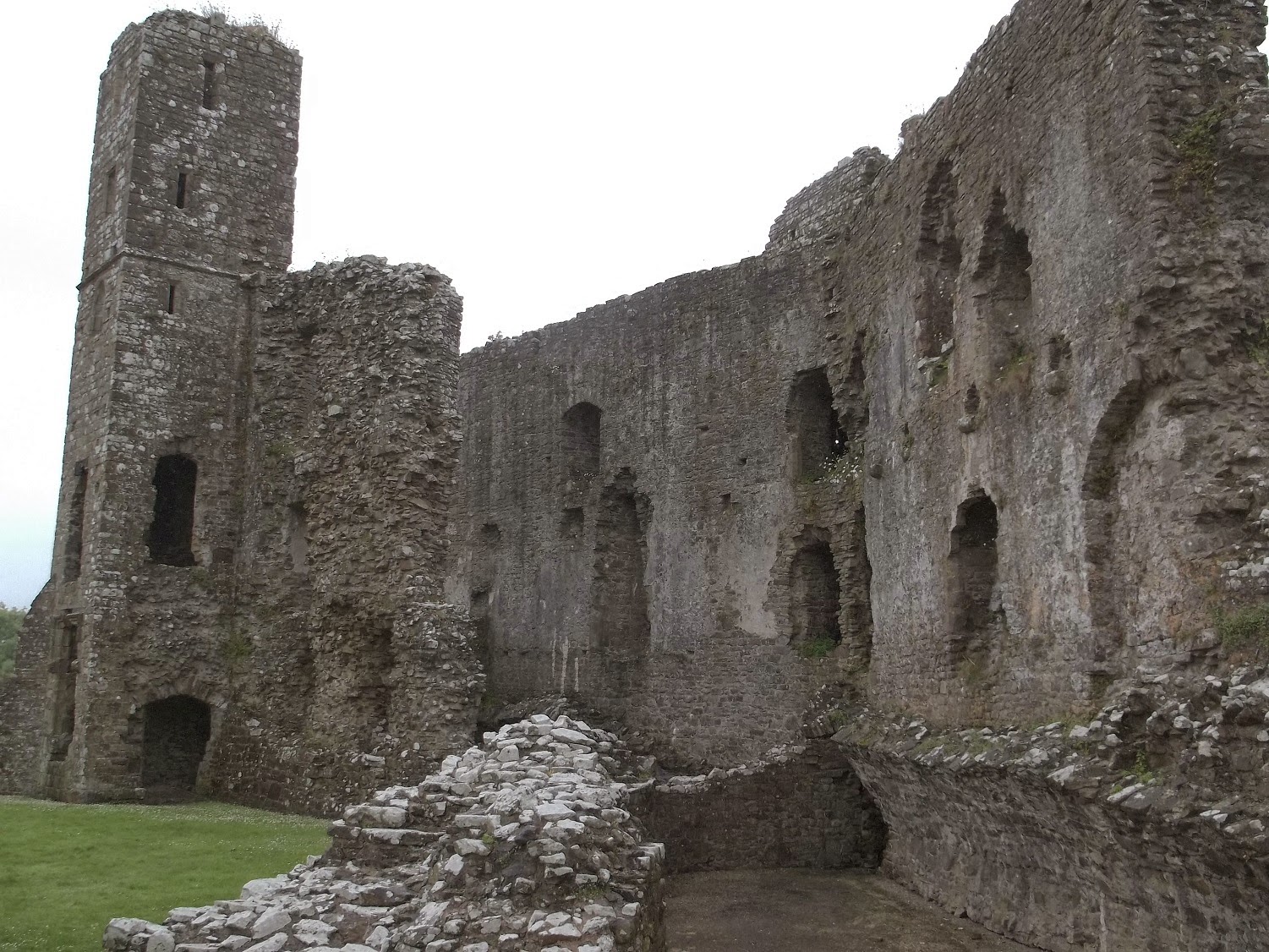 The castle was very much dependent on the favour of the bishop of the time, as most of the fifteenth century saw it let to commoners. Bishop Hugh Pavy, over a century after Adam de Houghton, once again used it as his regular base in the See, where it is mentioned as fulfilling the role of episcopal prison among other things. 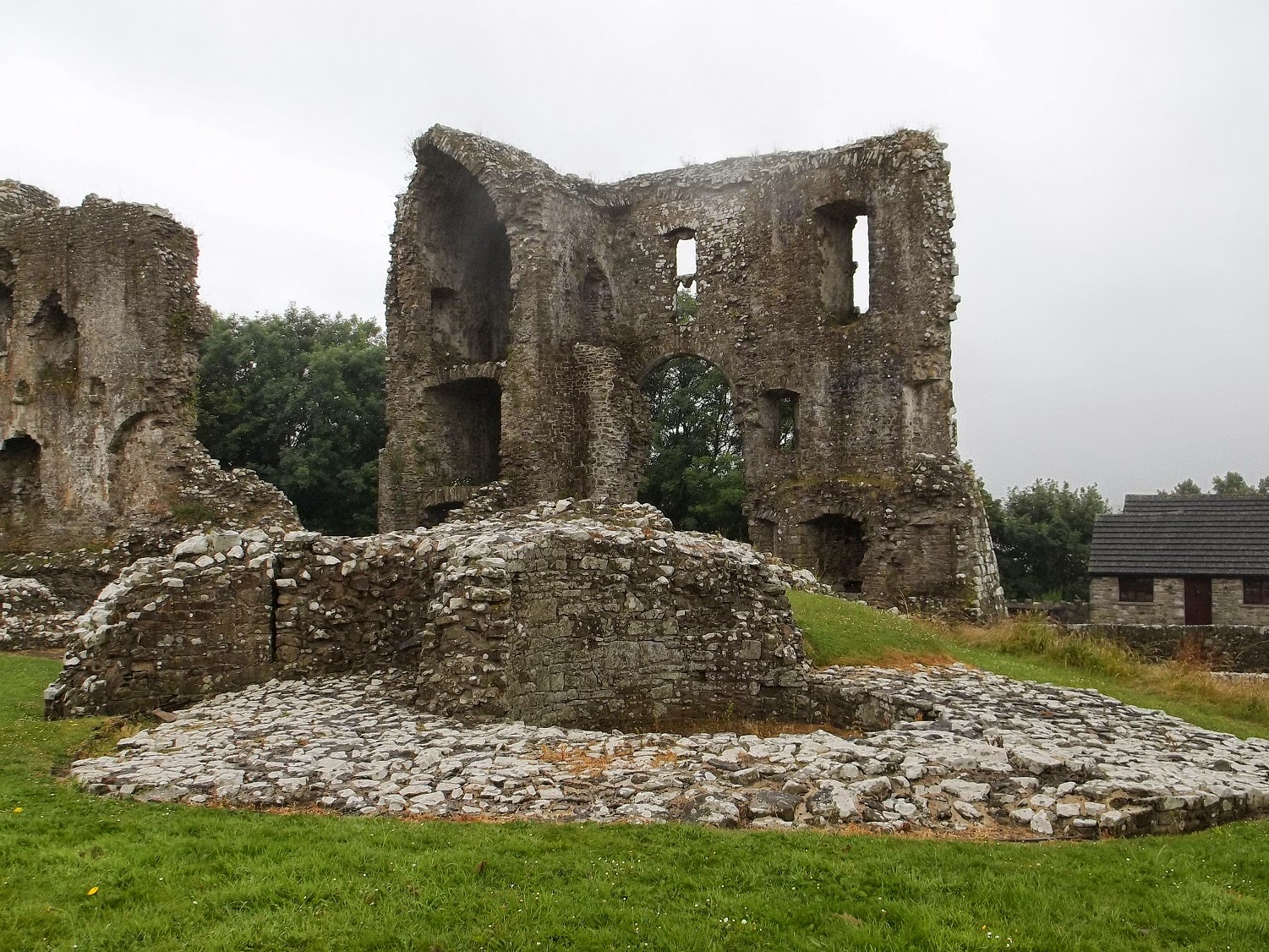 Following the Reformation, the castle was stripped alongside the Bishop's Palace, and its decline continued the following century when it was partly demolished. 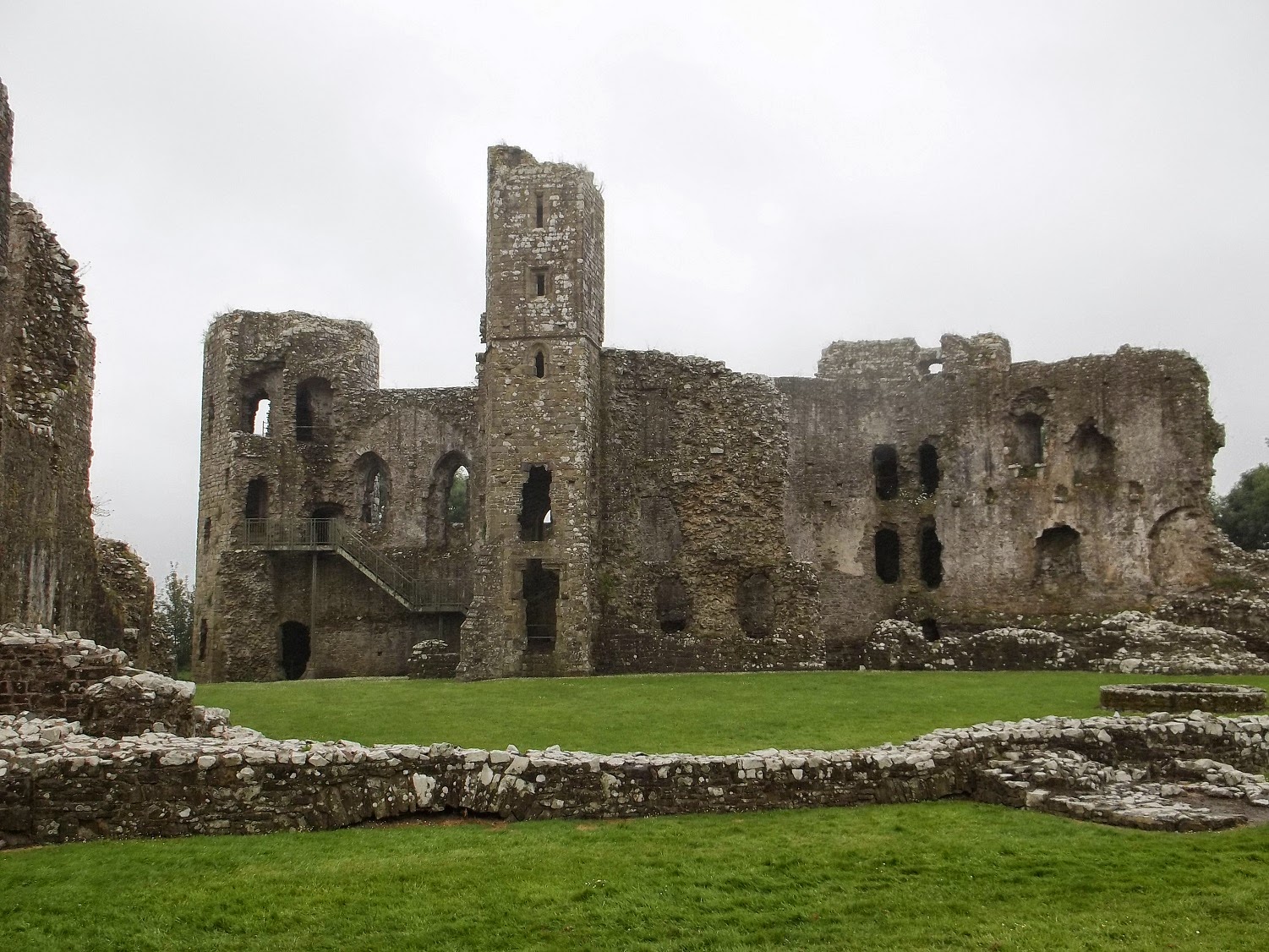 So there you have it, a cathedral, two palaces and a castle, mostly in appalling weather! I was really unlucky with my holiday, and definitely want to go back and explore more of the area, hopefully with some sunshine! As befits the premier diocese of Wales, there are a lot of remnants of the monastic life of St David there, and it is definitely worth the visit! 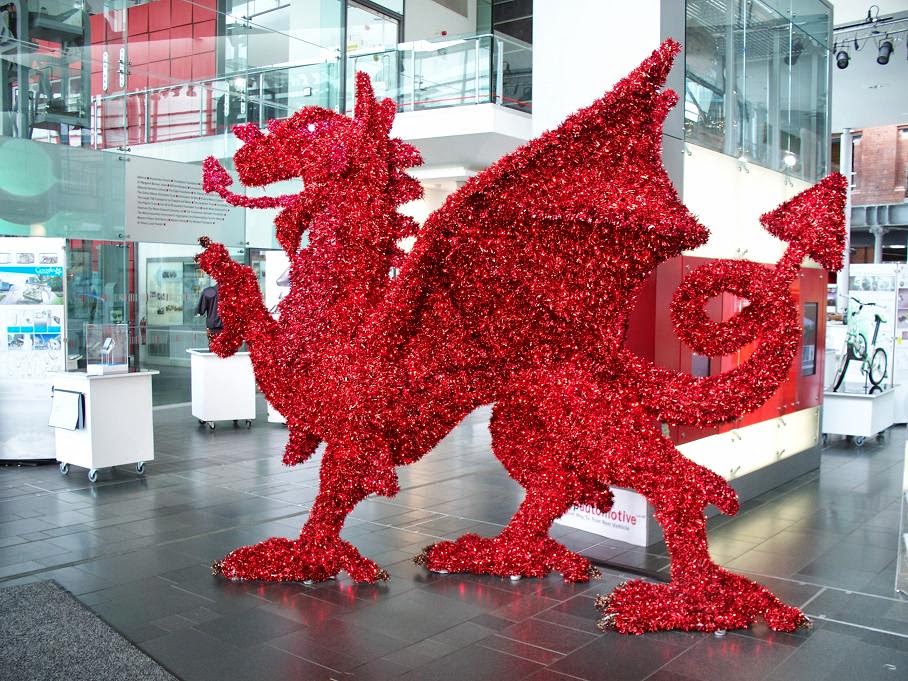