Afternoon everybody!
I'm shocked to see that it's been more than three months since I last made a post on my blog here - shocked, and appalled. So I've decided to kickstart my blog now with my 50th entry, complete with a new look! I'd love to hear your thoughts on that! I'm also hoping that I can begin posting again with some degree of regularity, even if it's just short stuff, as I am posting here now.

I'm going to start, anyway, with a death. On this day in 1882, the English novelist Anthony Trollope died, leaving behind an enormous legacy that includes not only nearly 50 novels, but also the post box.

I haven't read a Trollope novel for many years now, but have long been a fan nevertheless. There's a wonderfully intangible sense of Englishness to his works that I just can't seem to resist. Some of the criticisms I've heard point to a seemingly chocolate-box-style portrayal of an England that is quaint and charming, with little-to-no realism, but to paraphrase Henry James, there was no-one who could appreciate the so thoroughly ordinary as Trollope. 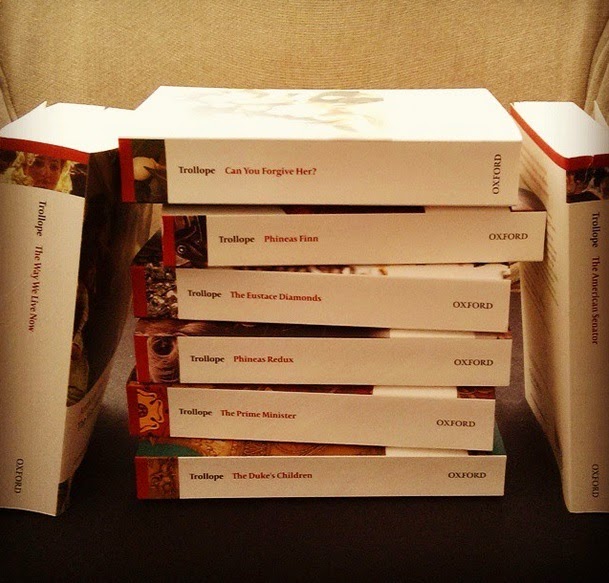 One of these days, I'm hoping to finally getting round to reading the Barsetshire Chronicles, after a couple of aborted attempts in my early teens. One day soon...
Posted by Unknown at 14:47