Evening everyone!
I've been studying the Parthenon sculptures this week, as part of the degree I'm doing with the Open University (I'm currently mid-A219, Exploring the Classical World), so thought I'd share some pictures I'd taken in previous trips to London's British Museum, of the so-called "Elgin Marbles".

These sculptures were originally part of the frieze running around the circumference of the Parthenon in Athens, depicting the Panathenaic Festival (the annual festival for the birthday of Athene). They would have been much higher up than, well, eye level, which makes the level of detail you can see quite astounding, really. 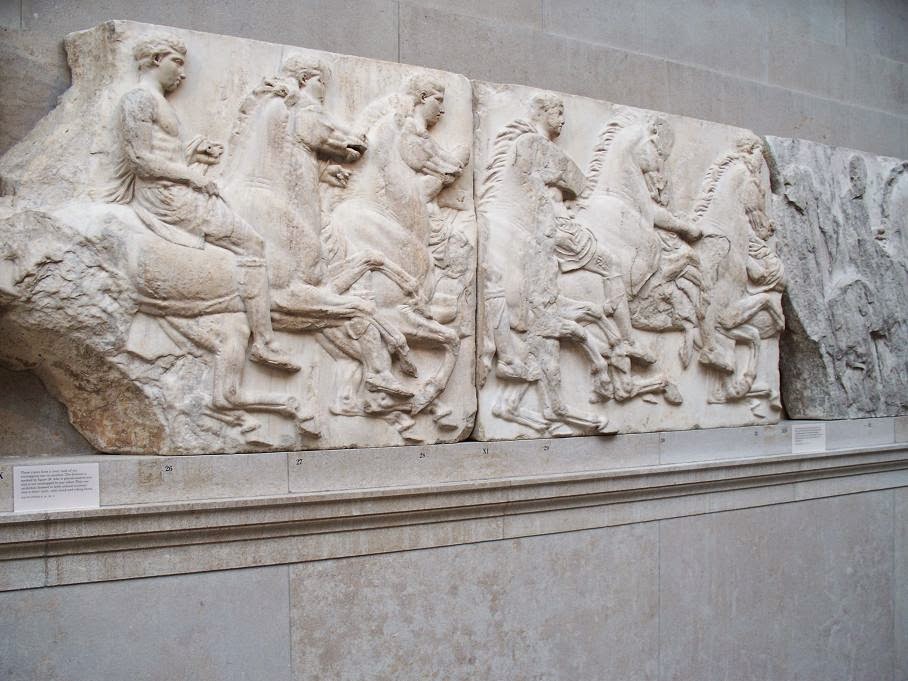 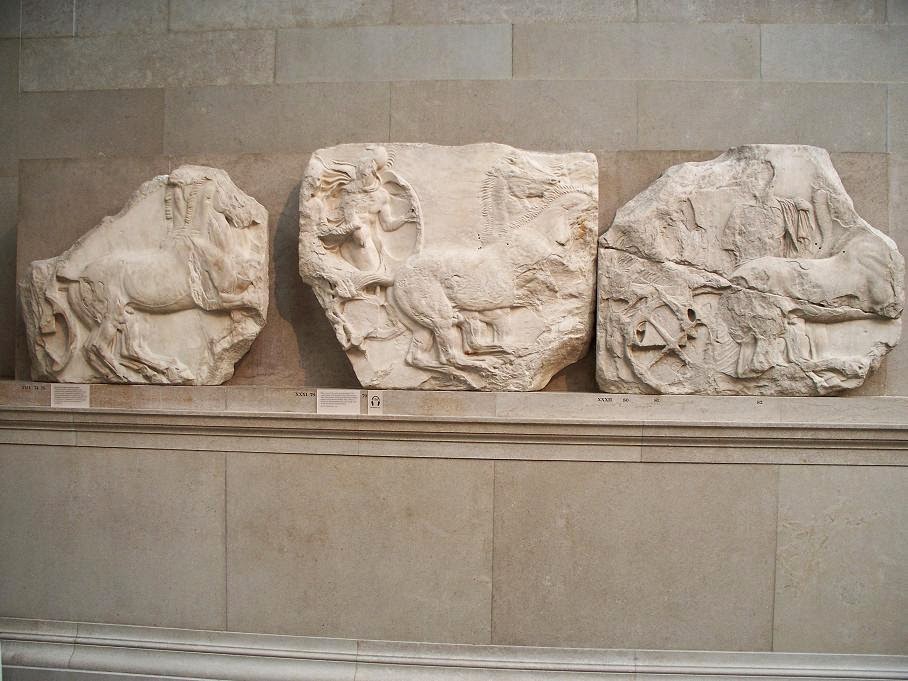 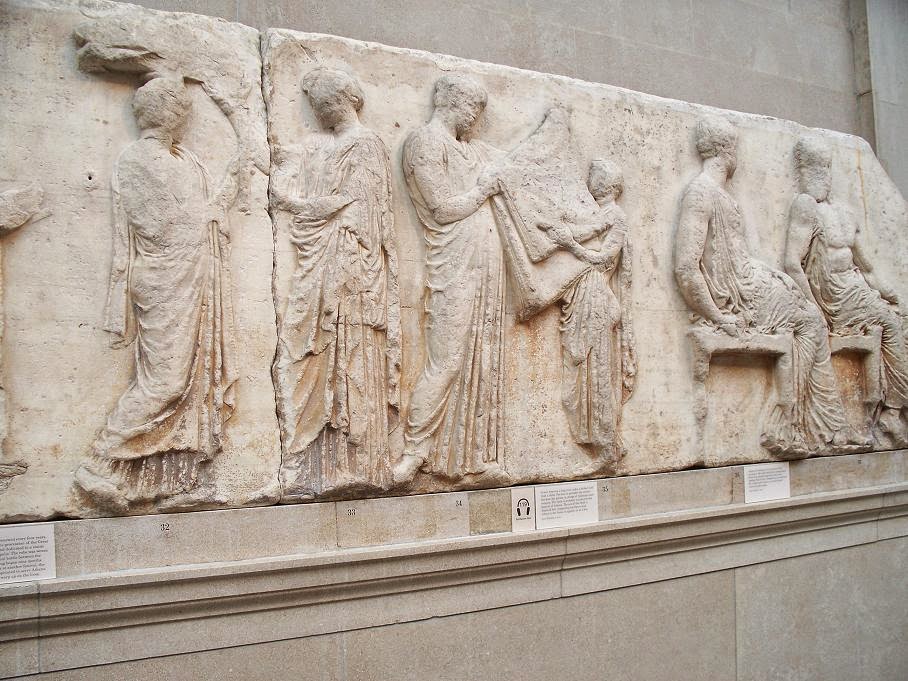 The above sequence shows a priest and a youth folding the peplos, the garment woven by young girls prior to the festival and dedicated to the goddess Athene during the festivities. 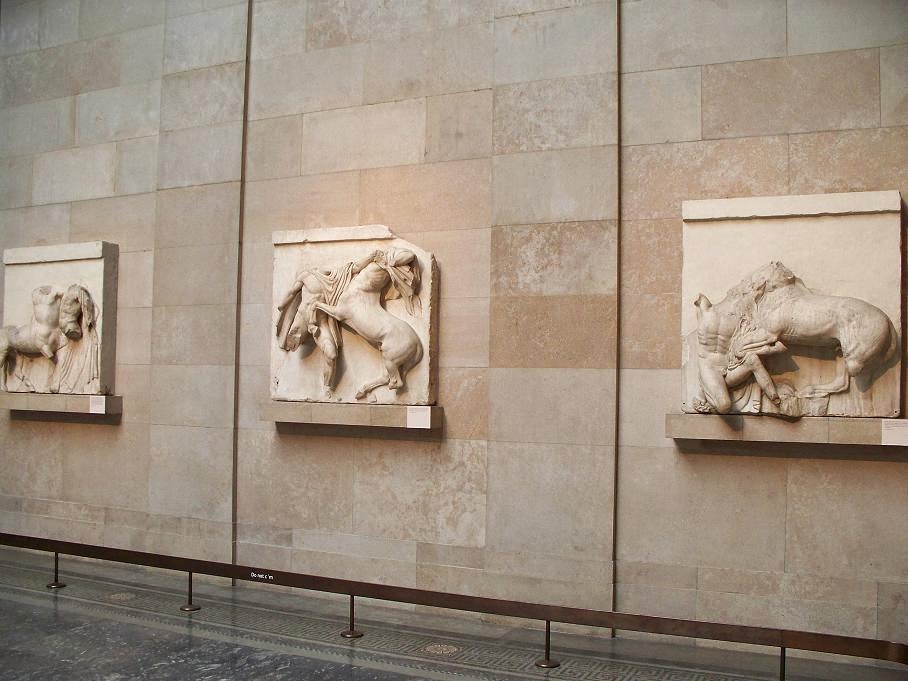 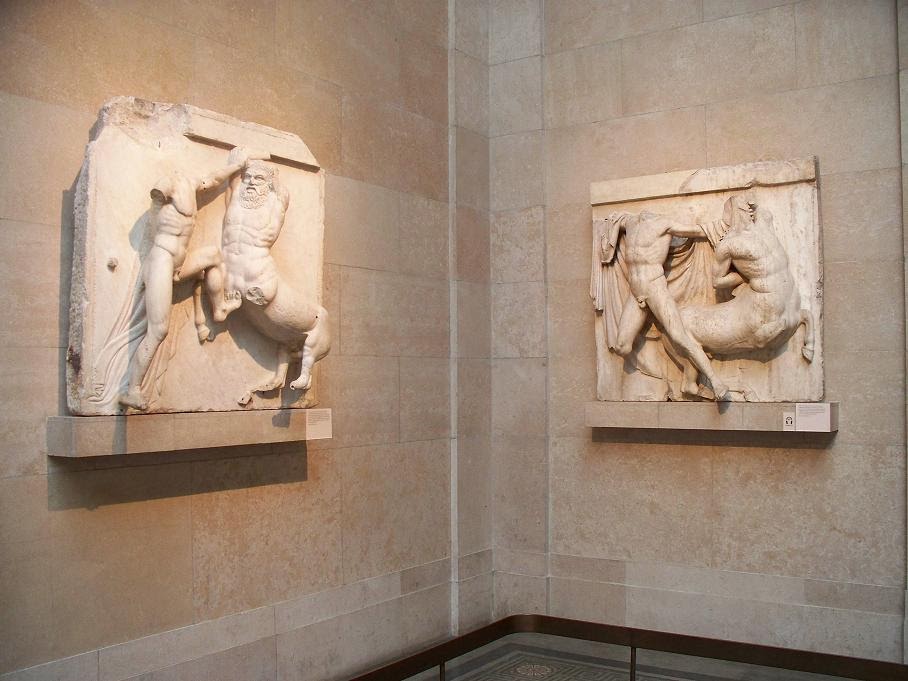 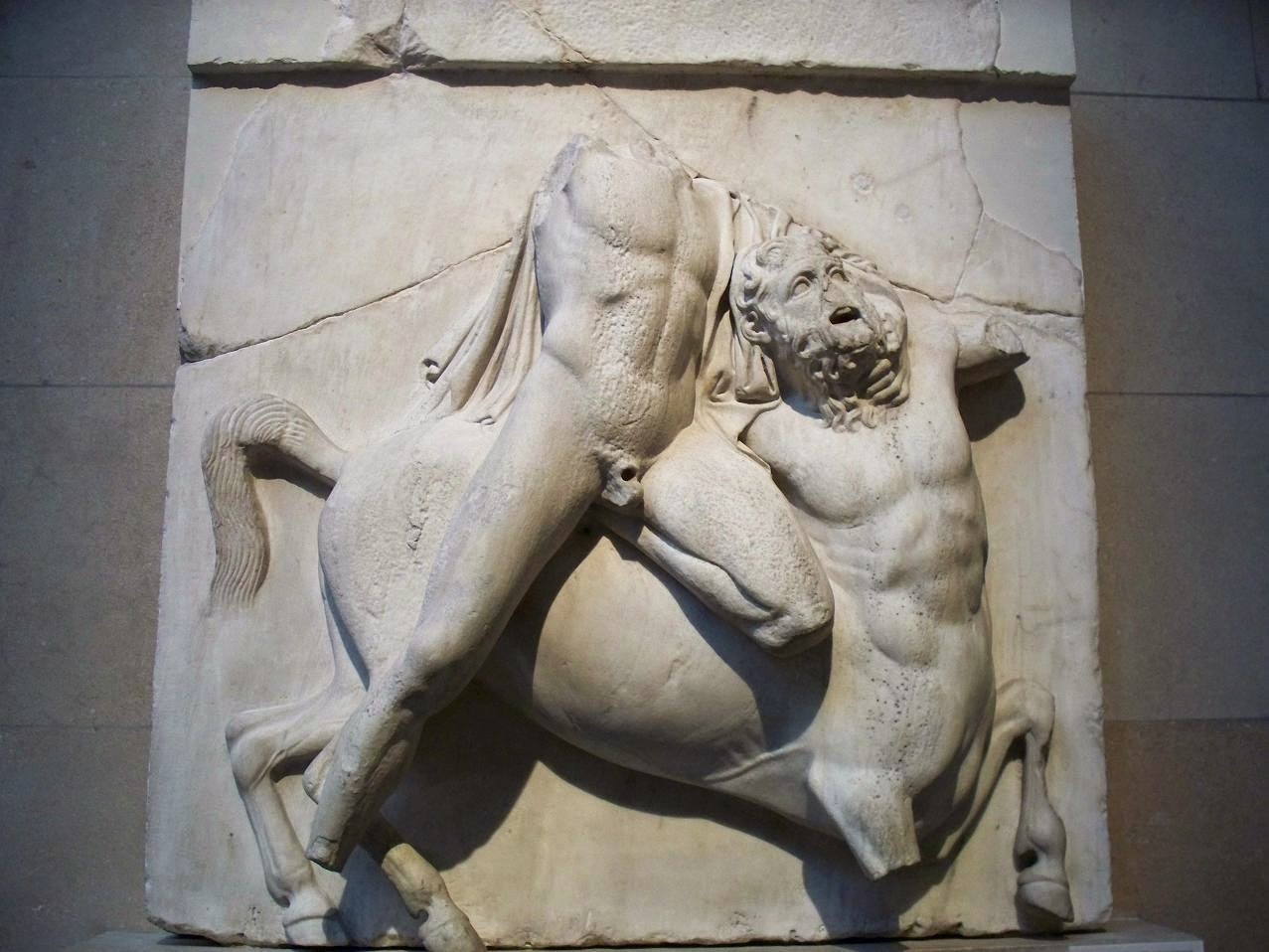 The above three pictures are of the metopes, panels that lined the outside of the Parthenon in the entablature - the part of the building directly above the columns and beneath the cornice. These scenes generally show the triumph of (Athenian) civilisation over barbarism, depicted by men wrestling variously with centaurs and Amazons. As with the frieze, these panels would also have been high up - the columns themselves were 34ft high. 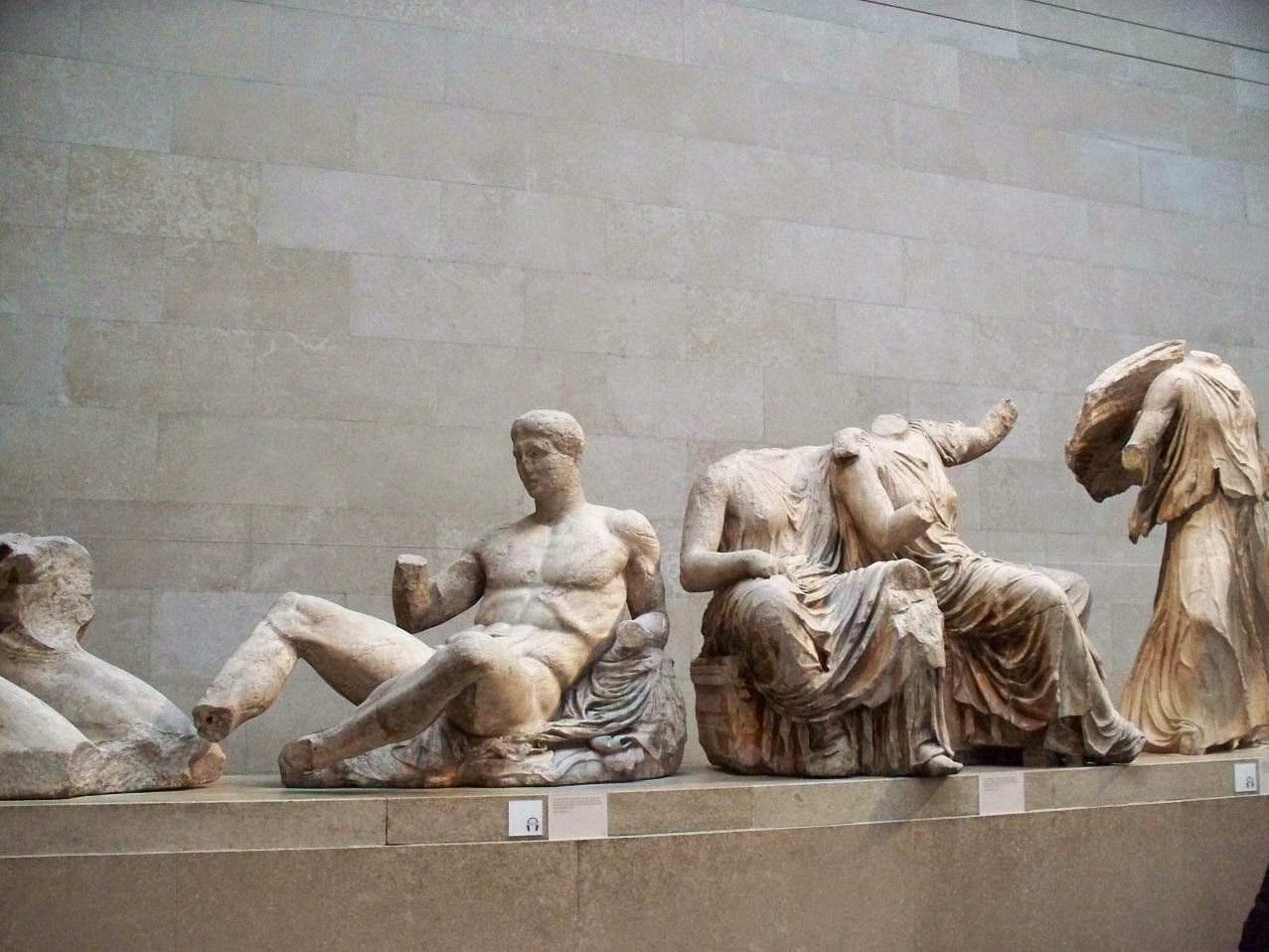 Finally, the Pediment, the gable that was situated above the entablature. The Parthenon pediments depicted the birth of Athene (on the east) and the feud between Athene and Poseidon over who would be the patron deity of the city (on the west). Grecian temples were oriented to the east, so I assume the birth of Athene was the more important event. The picture above shows the left side of the east sculpture. The reclining chap is said to be Dionysus, though the story of Athene's birth concerns the father of the gods, Zeus. Zeus, as you may know, had a headache, so enlisted the aid of Hephaestus to crack his head open and alleviate the pressure (you know, as one does), though Athene sprang out fully-clothed and ready for action.

The Parthenon sculptures are fantastic works of art, of course, demonstrating the accomplishment of fifth-century BC Greek artisans, and also tell us a lot about the people of that time, specifically from the panels representing the festival. I'm not going to get into the whole debate over where they belong, as that is such a contentious subject, but suffice it to say that I'm just glad they're on public display and available for general viewing free of charge.

(If you're interested in the vigorous debate on the subject, this site is an interesting place to start).
Posted by Unknown at 20:54